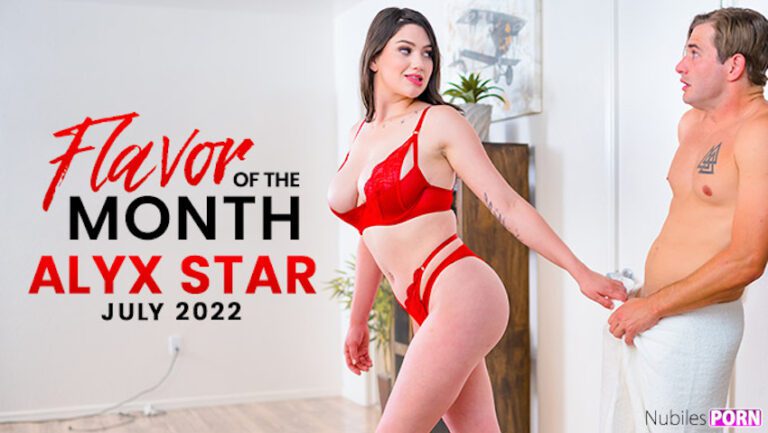 (Los Angeles, CA) Thicc busty babe, Alyx Star is the NubilesPorn.com Flavor of the Month for July, and her showcase scene is all about fireworks.

“Nathan was a lot of fun to work with, and he was such a good sport, playing along with everything I suggested. This is definitely the best Fourth of July fuck I’ve had in a while, and I hope the members enjoy every second of it,” says Alyx Star. 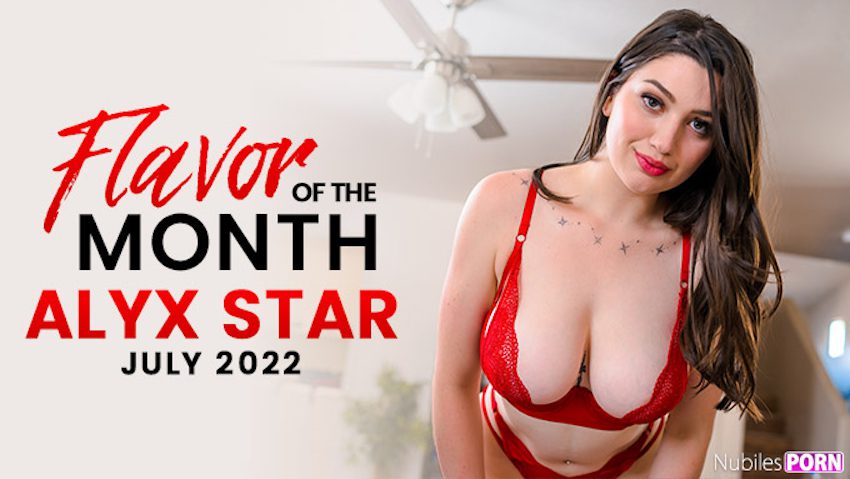 “Alyx has charm and sex appeal, and I’m sure no man can say no to her. She had Nathan wrapped around her little finger, and her plan was well laid out and very seductive. I know our members will definitely be watching this scene more than once,” says Belinda, Nubiles Affiliate Manager.

Watch the trailer and exclusive scene for “July 2022 Flavor of the Month Alyx Star – S2:E12” at princesscum.com/model/profile/15993/alyx-star. And while you’re there, check out Alyx’s Cinco de Mayo-themed previous scene and her bio.