Review By The Premium Reviewer 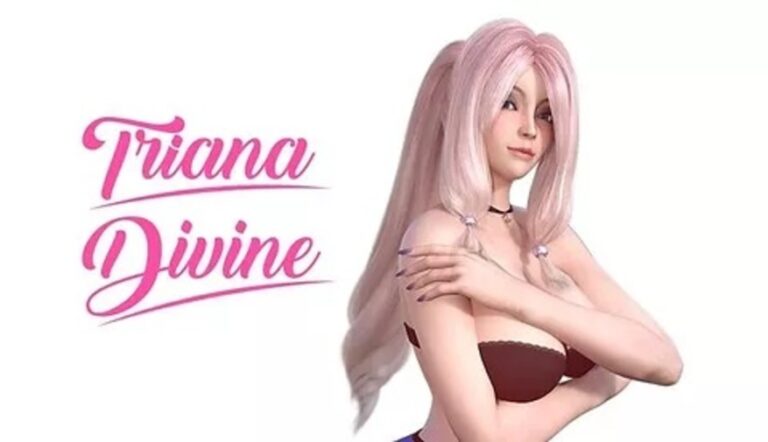 We are heading into the future of everything becoming more digital and seemingly less grounded in ‘reality’. With people like Mark Zuckerberg jumping into being one of the first major players to invest heavily in a virtual world that he called The Metaverse – supposedly believing in it so much that he changed his company’s name from Facebook to Meta.

But as technology has been steadily improving over the years, people have already been living and socializing in a virtual reality. You can attend a concert or sporting event without leaving home, by just wearing a VR headset. GTA, a popular series of games, has been reworked by enthusiasts, modding the game in their own servers and then allowing select people to come into their world. There they can talk and interact virtually, in what is none as roleplaying, pretty much creating a TV show with no end in sight -. some of the most popular servers being Grizzly World and No Pixel. Most of these roleplays are streamed on sites like Twitch, where people go to watch their favorite streamers make real in this simulated world.

On Twitch, streamers play a variety of VR games where they use Oculus headsets that allow them to have a completely 360 views of their virtual surroundings and equipment that allows their virtual characters to mimic their movements pretty accurately.

With GTA and the VR games, there are almost always played by a streamer who the viewers can see playing it… a real-life streamer, but Twitch also has a type of streamer known as a VTuber. Wikipedia says, ‘A Vtuber is an online entertainer who uses a virtual avatar generated using computer graphics. Real-time motion capture software or technology are often … used to capture movement’.

So basically, instead of seeing a human, on your stream, you’re greeted with an animated person, usually a girl, displayed in an anime style of animation. Some of these are surprisingly… or maybe not so surprisingly popular but the thing that I’m most impressed by is that they have kind of found a cheat code. Most of the women on Twitch probably have to get their makeup and hair done before they feel comfortable going live, possibly some of the guys too, but with their already perfect avatar, they would only have to roll out of bed and start broadcasting to their audience. And with its popularity, it seems that this audience doesn’t mind who is behind the animation as long as they’re entertained.

I had just finished expending my life force on a model that I’m subscribed to on FanCentro when I casually started perusing the new models feature that gets updated regularly. Among the bevy of beautiful women, one stood out, not because she was more attractive but because I had not seen an animated model as a profile picture before. I clicked on the profile and in the bio, I was met with the singular caption, ‘The next generation of content creator’. Obviously, I had to subscribe.

As it was a new profile, the feed had only a few pictures of Triana, the pictures obviously being animations that are designed to look like photographs. In the interim of waiting for more content to be uploaded, I found Triana’s linktree and discovered that she had an OnlyFans too, with a free trial. I discovered that this place was way more populated with content than on FC. I also saw some videos there and more pictures, with titles that organized them into actual sets, spread out over individual posts. Eventually, the FC had the same amount of content as the OF page, so I returned but before leaving I wanted to try something that wasn’t yet advertised on FanCentro… sexting. Never been a kink shamer but honestly, I’ve never been into sexting, with models, but I wanted to see how this whole thing would work with an animated model…

I figured anyone could write sexy stuff to me, so I paid a bit more for the advertised sexting session but requested if it was possible to have the responses in voice-notes instead of messages. This was declined, so I continued with the normal way of doing it and all in all it seemed perfectly fine, responses were good and timely. Triana even sent me an exclusive picture (not on the feed) at the end of the session.

So back on FC, and like I said, more content had now been added to match what was on the OF. The bio had that singular caption about being the future of content, but nothing else. There’s no official backstory to Triana so far, but I feel the pictures give some kind of indication of what she’s about, currently.

The earlier picture sets show her posing for the camera as a content creator would, posing and modelling in outfits and in the nude – in one set wearing sexy elf attire and, in another wearing, what looks like those Japanese school outfits. After maybe a couple more of this style of sets, the aesthetic changed with the pictures now being more like something you would see on an IG model’s page. The type of model who is a party girl that changes hairstyles frequently and loves to post their seemingly extravagant life of being flown out by Sheiks and Princes, partying it up on yachts and exclusive clubs. Some of these set titles include, Yacht Party, Pool Party, Friday Night. A recent set now sees Triana adopting a healthier lifestyle, with a set called Gym Crush, with pictures, so far, showing her in Yoga poses. It would be funny if Triana’s story arc becomes that of the stereotypical IG model – the social media, party girl who is now a fitness guru, but I’m sure that the story of Triana will continue to unfold as more sets are released.

Some of the pictures look candid, some fake candid (you know, the ones where people pretend that the pic was taken without them being aware) while the others are made to look like she purposely posed for them.

A reoccurring theme is having a picture that is SFW followed by an identical picture where Triana, plus any friends who are present, are shown completely nude. Some of the pics also show more than nudity, in some, Triana is in the process of, or actually engaging in some kind of sex act, but that is explored more in the videos that are also included with some of the sets.

The first videos put up were 30 second clips. It looked like the video was made in the style of a TikTok, with Triana seemingly lip-syncing to someone talking about accidentally flashing their dad. Another one had her dancing to, Vegas by Joseline Hernandez. The next couple of videos were longer (10+mins) sex videos but were essentially 10 seconds of a couple of sex positions being looped. Being vaguely familiar with animation, especially ones that try to accurately replicate how lifelike it looks especially in how the characters move, I’ve heard how time consuming and expensive that can be – and it looks like these animations are of that type of level, so I totally understand there not being a 30 or even 10 minute video where everything changes every few seconds, like you would see in a real life recording.

The Foley or sound effects used are pretty good, some seem loud in the mix, especially a scene where she is getting banged on a yacht, it seemed like the sound of Triana’s WAP was intentionally made to seem larger than life. The longer videos actually work great as ASMR videos too, the looped sounds start to form a rhythm and pattern, that could be great for those who dig stuff like that.

In the same way that I was impressed and intrigued by VTubers being a thing and finding a cheat code, is the same way I was in discovering Triana. There’s really no way to tell who is behind the animation. I even wonder how the whole process of signing up to the membership sites happened in a case like this, as the person behind this character must have provided their real-life ID; but I guess there are no rules on having an avatar or animated character as your representative on the platform – even if in reality you might not look anything like them. It’s interesting because potentially it could be one person doing this or an agency with various people doing it, which if this becomes popular could actually be a thing.

The agencies who currently sign and run models’ pages, could also start to mass produce characters and keep a bigger pot of the money they currently have to split. They would only have to either hire a voice actor to be a character or better still one who could do multiple voices. The only thing they would need to figure out is how to make long form animated videos, cost effectively, without the need to continually loop a 30 second snippet – but the way it currently is might actually be fine, for an audience already used to that format and style.

My experience on Triana’s FanCentro has been good, but I think the attention is understandably more focused on OF where she has more of an audience. Posts tend to come a few days to a week after they appear on OF – but recently it has started to arrive at pretty much the same time – and a menu (sexting, exclusive pics etc.) doesn’t yet exist here, as it does over there. This style of content is not necessarily my bag, but I can definitely appreciate the creativity in the content and the boldness for even attempting to do this, and potentially fill a niche that might exist.

I would love to give an update on this in the future to see how far Triana goes and just how popular this becomes, in general. If it does become popular, we’ll inevitably see other people or companies infiltrate the space. I wonder if Triana’s bio caption, ‘The next generation of content creator’, will be a realized thing in the adult membership world, as it is on Twitch and YouTube.