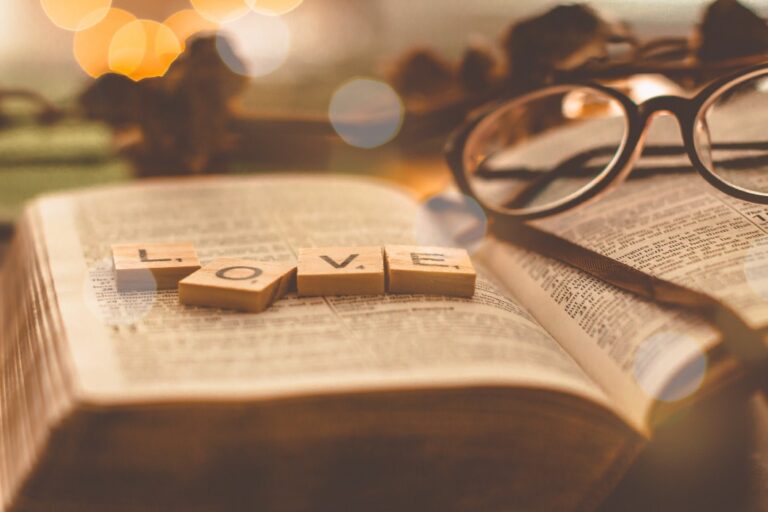 Photo by Emmanuel Phaeton on Unsplash

Since English doesn’t have enough words, we have to borrow some

I love a lot of people. Some people treat the word love like saffron — doling it out in tiny doses — taking care not to waste it. I think of love more like salt. I sprinkle it on everything liberally. It enhances the flavor of everything you add it to.

When I tell people that I love a man or woman who isn’t my spouse, I often get raised eyebrows. The problem isn’t that I love other people; the problem is that they think I’m using saffron. They worry that if I’m doling out my saffron to other people, I won’t have enough for the main dish. I’m pretty sure I’m just shaking my salt shaker.

Imprecise language is the problem here, not my use of spices. The word “love” falls short of describing the relationships I use it for. It suggests a finite concept instead of the plentiful, evolving, beautiful thing it is.

The Greeks had words for these different types of love, so maybe we need to start using them. After all, we borrowed plenty of other language from them.

The Greeks defined seven different types of love, and I think we could probably even use more than that. But, I’m looking for improvement on a concept, not perfection, so I’ll stick with the seven.

Here they are for reference throughout this piece:

Using precise language could save marriages

After reading that list, most Americans, who are convinced that monogamous marriages are the only right way to live, would say that one should only experience Eros, Ludus, and Pragma with your spouse. The definition of cheating is so broad in some relationships that having a flirtatious interaction with a store clerk is considered cheating.

In that case, I’ve cheated three times already this morning: once at Starbucks, once at the grocery store, and a third time with the woman at the pharmacy. It’s exhausting being such a whore.

Rather than moralize this behavior, we could just label it Ludus and move on.

“Oh, it was fine. I had quite the Ludus interaction at Starbucks today.”

“Oh, that’s fun. I enjoy those sorts of interactions too.”

See, no one has to be hurt, and no Eros or Philia was involved in the flirtation at the store. Sure, Ludus can also be used to characterize the relationships I have with most of the people I sleep with (I’m looking at you, Seth). Ludus doesn’t have to involve actual sex; sometimes, it’s more fun if it doesn’t.

When one partner cheats, the question of love often comes up. Love isn’t an adequate word. If you’re cheating there may be Eros, there may be Ludus, there may be Philia. More precise language is needed to avoid confusion.

I love my friends. I have four of them, so it’s easy to love on them all. I prefer that to a wide circle of friends, which’s even more true since Myasthenia Gravis took over my social life. I feel a combination of Philia, Ludus, and Pragma with these friends, depending on the relationship and my attraction level.

Women, generally, have no trouble telling their friends they love them, but the same isn’t true for men raised in a traditional American manner. Men aren’t taught how to love their friends — or even that they should. Then, when these men get married, we wonder why they cannot demonstrate strong emotional attachments.

The other day, my son’s best friend missed school. He was worried, so he called her after school.

“Hi, you weren’t at school today. Are You alright?”

“Yeah, I had a panic attack and needed to stay home.”

“I’m sorry, that must have been tough. Was it the tests today?”

“That can be tough to deal with. How are you feeling now?”

After this conversation, a perfect example of Philia from a ten-year-old, the two played Minecraft together for an hour. Intimate connection should be the foundation of friendship, just like our marriages. Otherwise, what’s the actual point?

Precise language can deepen your connection with your spouse

Hubby is my person. He’s the one I share Eros, Philia, Ludus, Pragma, and Storge with, and I think that every marriage needs all of those to thrive. Addressing each type of love will naturally nurture our relationship because the different kinds of love weave together to form a solid foundation.

If Hubby and I don’t make an effort to incorporate Ludus — that playful flirtation — into our relationship, we argue more often. Forgetting to play with each other kills marriages. Play builds connection, empathy, shared experiences and reminds you why you chose that person.

Ludus, naturally, leads to Eros. Hubby and I have recently made more of an effort to text flirty things to each other during the day. The result is that last night, even though my chronic health issues were flaring badly, I needed to feel him inside and around me.

When you have enough Ludus and Eros, Philia is a natural development. It’s also an essential piece in the marriage puzzle. When you genuinely care about the wellbeing of your spouse, you make decisions with them in mind. When you develop real intimacy, solving the problems that inevitably come up when you share a life with someone else becomes easier.

At this point, after nearly a decade, Hubby is my family. There isn’t a thing he could do that I’d leave him over because we’ve done a fantastic job using the other types of love to cement our Pragma and Storge. He’s my forever companion, and I’m his.

So, yes, I can love the other people I have sex with. I can Ludus them, Eros them, and Philia them. With some of them, I have a combination of those. None of that is a threat to my marriage because of Pragma and Storge.

The night before I Do