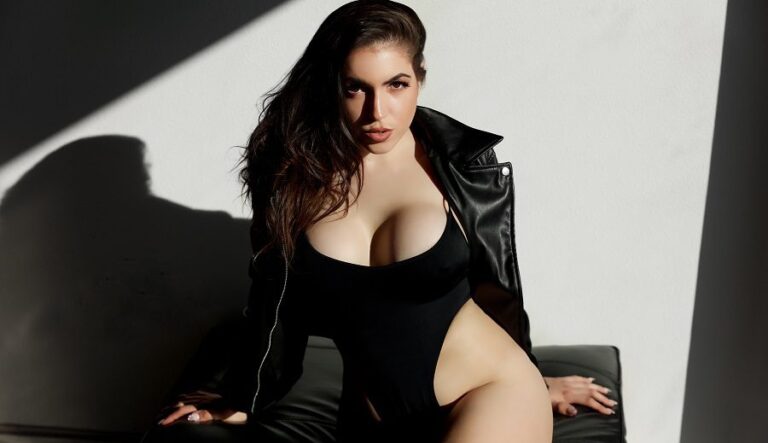 Share
Facebook Twitter LinkedIn Pinterest Email
(Las Vegas, NV / October 25, 2022) – Adult Film Star Valentina Bellucci is making magic in three sizzling new erotic scenes, courtesy of her very own taboo production studio, Step House (StepHouseXXX.com).
The wild times get pumping with:
“First Foursome – Kyla and Valentina Go On a Double Date”, a scorching four-way that invites Kyla Keys, Rico Reyes and Mad Vince to the party of a lifetime, and doesn’t stop till everyone gets their fill!
“Real Amateur Double Creampie BGG Threesome with Jada Cruz and Valentina Bellucci”, a no-holds barred three-way that offers fans a proper introduction to the delectable newbie Miss Cruz. Come and get it!
“Brunette Hotwife Shared with Husband’s Best Friend in Threesome” – a mind-blowing scene which marks Bellucci’s first-ever Boy-Boy-Girl three-way performance, co-starring Mad Vince and Randy Denmark!
“Welcome to three of my newest taboo-themed scenes for Step House, which proudly includes my Boy-Boy-Girl debut performance,” said Bellucci. “While I love shooting scenes for the industry’s top studios, I have to admit that I feel a sense of freedom to let loose and just enjoy myself more with my Step House productions, and I think it shows in each and every scene. Come join in on the fun and see what all the excitement is about!”
Valentina Bellucci is available for booking through Coxxx Models at Conor@coxxxmodels.com.
Find and follow her and Step House at:
Twitter.com/MrsValentinaXXX
OnlyFans.com/mrsvalentinaxxx
StepHouseXXX.com
Twitter.com/StepHouseXXX
ValentinaBellucci.manyvids.com
Pornhub.com/pornstar/valentina-bellucci
allmylinks.com/valentinabellucci
xvideos.com/pornstar-channels/valentina_bellucci
ABOUT VALENTINA BELLUCCI:
Italian beauty Valentina Bellucci is a bright new talent with an eye on making a name for herself as a respected performer, producer, content creator and studio head for Step House (stephousexxx.com), a brand new erotica imprint and website that highlights the works of adult’s newest amateurs alongside its biggest stars.
Growing up, Bellucci lived in the southern Italian region of Sicily and regularly moved around the U.S. and Europe; she has always considered herself a sexual person who dreamed of one day performing, producing and directing erotica, and gained some early experience as a music video producer while still in Europe before settling permanently in the U.S. – she currently resides in Las Vegas – more than 10 years ago.
In 2020, Bellucci began shooting solo content for adult clip sites as a means of making extra money, and found that she could express herself creatively on her own terms. In early 2021 she started shooting for the industry’s top studios before launching Step House in November.
In her free time Bellucci, an avid fan of the outdoors, can be found in the mountains and deserts of Nevada and California hiking, skiing or off-roading along the winding trails seeking adventure with her two favorite companions, a French bulldog and Cane Corso mastiff.
# # #
Press and media contact:
Brian S. Gross | BSG PR | 818.340.4422 | brian@bsgpr.com | @bsgpr
New Scenes Step House Valentina Bellucci
Share. Facebook Twitter Pinterest LinkedIn Tumblr Email
Previous ArticleJerry Davis from Baldo is this Week’s Guest on Adult Site Broker Talk
Next Article Nikki Delano Celebrates Halloween with 2-Night Feature at Vegas’ El Infierno Cabaret