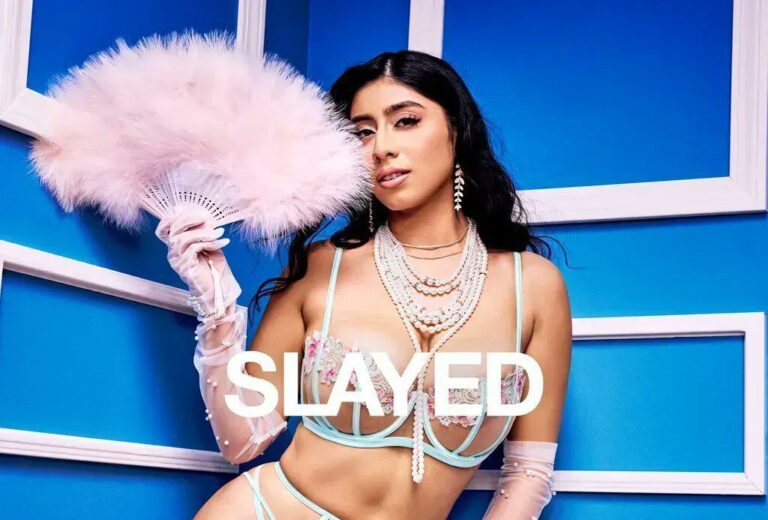 Share
Facebook Twitter LinkedIn Pinterest Email
(Hollywood, CA) Real-life Hentai girl, influencer, YouTuber, and Vixen Media Group (VMG) exclusive contract star Violet Myers has a brand-new sweet scene on Slayed that her having her cake and eating it too.
In her latest blockbuster scene from Slayed, directed by Laurent Sky, Violet Myers is paired with Savannah Bond in a scene aptly named “Sugar Rush.” The scene opens with a decadent dessert for two, which quickly turns into a messy affair when Violet seduces Savannah. Violet feels like a queen, and how could she not seated at a table with sumptuous treats of cupcakes, cake, and macarons and a table with pink roses and scattered petals?! Both ladies are dressed in matching pastel flowery bra and panty sets accessorized with heels and pearl necklaces. Savannah says, “it’s a little too orderly, and she likes things messy.” Violet responds, “to please me, all I need is something sweet.” Then, Violet takes some icing, puts it on her fingers, and inserts them into Savannah’s mouth. Next, Violet puts icing on Savannah’s nipple and licks it off seductively. And then, she offers herself to make Savannah satisfied. The two hotties take it in the bedroom for an afternoon of lust.
“I love this scene! It’s so pretty to look at, and the chemistry with Savannah was incredible. It’s one of my favorites that I’ve done Slayed, and I hope it does well during awards season,” says Violet Myers.
Get a “Sugar Rush” of the best kind and watch the trailer and exclusive scene now at slayed.com/videos/sugar-rush. And while you’re there, make sure you’re up to date on her two previous scenes, “Confrontation” and “Deliverables.”
Violet Myers is available exclusively through OC Modeling. View her agency photos at ocmodeling.com/model/violet-myers.
To interview Violet for your site, publication, or show, contact Erika Icon of The Rub PR at erika@therubpr.com.
ABOUT VIOLET MYERS
Real-life Hentai girl, influencer, YouTuber, and Vixen Media Group (VMG) exclusive contract star Violet Myers is known for her amazing all-natural 36DDs, genuine love of sex, and unforgettable BJs. Her love of anime and cosplay led her to start her own YouTube Channel youtube.com/channel/UCoywn2GZnP7a_aktS_9IrOQ with over 190k subscribers averaging 50k to 200k views per video. And shop til you drop in her new online store. 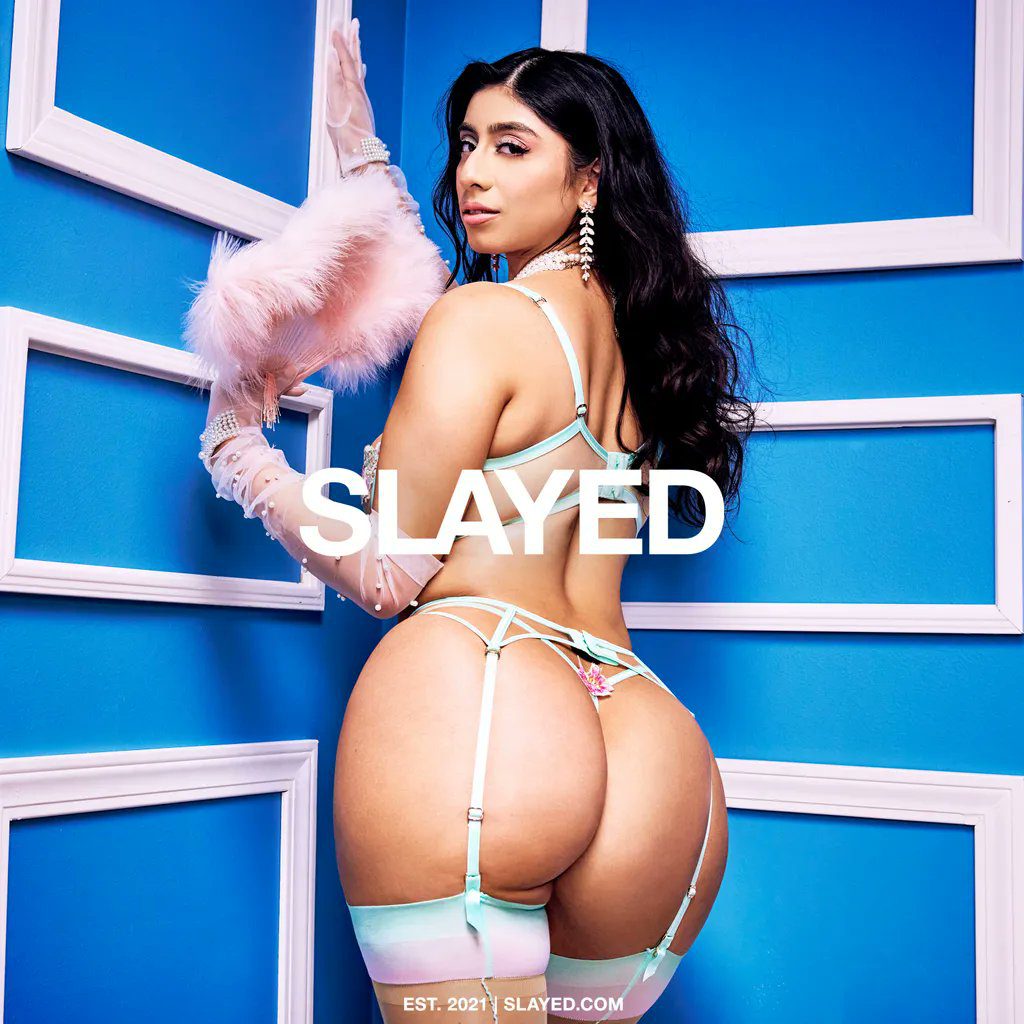