Will Pounder Nabs Two XBIZ Noms, Including Male Performer of the Year 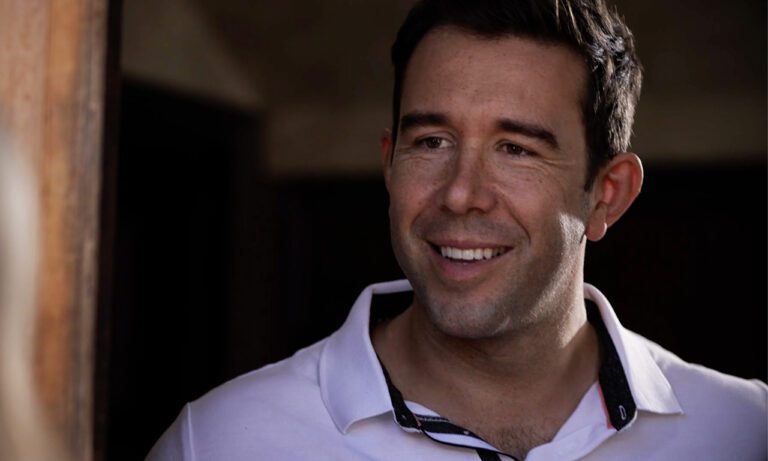 Share
Facebook Twitter LinkedIn Pinterest Email
(LAS VEGAS, Nev. / November 23, 2022) — Will Pounder is pleased to announce that he has been honored with two nominations in the 2023 XBIZ Awards, including the coveted Male Performer of the Year trophy.
The handsome leading man, an experienced mainstream actor who appeared on the TV series “A Grunt’s Life,” before joining the adult industry, chalked up a string of powerhouse sexual performances and compelling, well-reviewed characterizations this past year.  As the 2022 awards season approached, it was clear that the award-winning adult star had established himself as a solid contender for nominations in the year’s top categories, and the editors of XBIZ agreed.
In recognition of his onscreen accomplishments, the versatile Pounder scored two key nominations, including a nod for Male Performer of the Year, in the 2023 XBIZ Awards.
“An acknowledgement as great as a Male Performer of the Year nomination is truly an honor, and I am incredibly grateful to the editors of XBIZ, as well as to my wonderful fans and everyone I worked with this past year,” Pounder said.
Pounder’s other XBIZ nomination, Best Sex Scene — Featurette, is for one of career-best pieces of work, as the lead in “An Honest Man” (MissaX). Written by Missa X, and helmed by veteran director Craven Moorehead, “An Honest Man” cast Pounder as a loyal married man who receives a visit from his wife’s friend (rising superstar Blake Blossom).
“I’m really happy with how it turned out,” Pounder recalled of the production. “Blake is always dedicated and wonderful to work with, but what we accomplished there was transcendent for both of us in some way. I’ve been very fortunate in terms of the roles I have been given. but it was a privilege to be chosen for this project.”

The outstanding “An Honest Man” is available for streaming and download here.

For more information, follow XBIZ on Twitter:@XBIZ.
Renowned for his reliability as both an actor and a sexual performer, Pounder is one of the adult film world’s busiest and most esteemed male stars.
Pounder is available for professional bookings by reputable producers. For booking, contact him via thewillpounder@gmail.com.
Learn more about Will Pounder at his official website iWillPounder.com, and via Twitter: @thewillpounder and Instagram: @IWillPounder.
Check out Pounder’s online adult content:
OnlyFans: WillPounder
ManyVids: Will Pounder
About Will Pounder
Will Pounder is one of the adult film world’s busiest and most esteemed male performers.
In addition to his steady flow of scene work for top studios including Deeper, Brazzers, Reality Kings, New Sensations, Adam & Eve, Evil Angel, Penthouse, Bellesa Films, Hustler Video and MissaX, the rock-steady Pounder has earned a reputation as the king of VR scenes, frequently anchoring shoots for companies such as VR Bangers, Pornhub Originals VR, and WankzVR.
“I must say I’m incredibly grateful,” Pounder remarked. “I’m just a guy from a small town trying to make it in a grown man’s world. I feel like I’m living in a dream working with such beautiful women. Is this even real?”
A devoted health & fitness advocate and accomplished mixed martial artist, while in the Marine Corps he competed on weekends, taught the All-Marine Grappling Team, ran the All-Marine Competition Team at Camp Pendleton, and started the jiu-jitsu club in Marine Corps Air Station Miramar in 2008.
After appearing on the TV series “A Grunt’s Life,” Pounder joined the adult industry in 2017.
In August 2019, he competed in a team grappling tournament televised by UFC Fight Pass, fighting on the team captained by former UFC welterweight, mixed martial artist and boxer Chris “Lights Out” Lytle, and in June 2022 he hosted the SUBVERSIV 7 team grappling tournament on digital streaming service FITE TV,
Pounder was honored with two awards, including the coveted the Best Male Newcomer trophy, at the January 2020 AVN Awards ceremony in Las Vegas.
In February 2020, he shared real-world advice to veterans on how to succeed in the adult film business in an interview with American Grit ( https://www.americangrit.com/2020/02/26/former-marine-wins-adult-video-award/ ), and in April, Pounder was profiled in Daily Star Online ( https://www.dailystar.co.uk/love-sex/former-marine-turns-vr-porn-21846059.amp ). “Because of the worldwide quarantines, social distancing, and curfews due to the pandemic, people are longing for physical contact and a sexual release,” Pounder explained. “Adult entertainment, and especially virtual reality, has come to the rescue, to provide much-needed relief and entertainment — from the safety one one’s own home.”
In January 2021, Pounder took home the trophy for Best Virtual Reality Sex Scene at the 38th annual AVN Awards. In 2022, he was nominated for two AVN Awards, including Best Actor – Featurette, for his dynamic and commanding work opposite Gianna Dior in “Can Never Make It Up To You” (Pure Taboo).
He is currently nominated for Male Performer of the Year and Best Sex Scene — Featurette in the 2023 XBIZ Awards.
He resides in Las Vegas.
Contact:
Michael Whiteacre
HoneyHouse PR
PR@HoneyHouseXXX.com
775-742-8425
Twitter: @HoneyHousePR
#   #   #
awards Male Performer Male Performer of the Year Will Pounder XBIZ XBIZ Noms
Share. Facebook Twitter Pinterest LinkedIn Tumblr Email
Previous ArticlePineapple Support Unveils New Initiatives in Latin America
Next Article Tori Easton Takes Center Stage as Newest Transfixed Muse