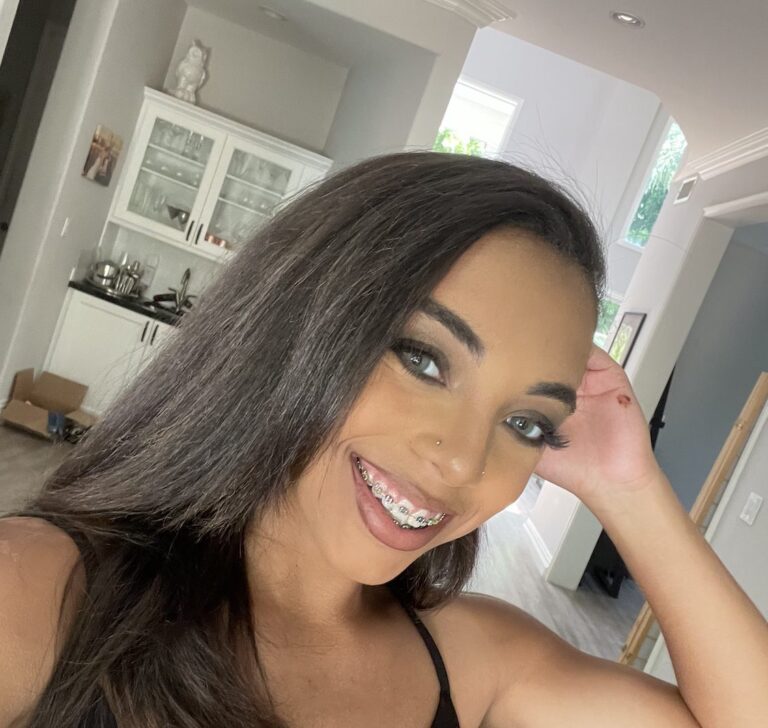 Share
Facebook Twitter LinkedIn Pinterest Email
(Hollywood, CA) Sweet, sexy, and exotic Zerella Skies has added braces to her look and is now rebranding herself. She also has a new scene and interview for her fans to enjoy.
Zerella Skies is the only POC female performer with braces. Zerella previously had a youthful look, but the braces seal it and will help her attain even more roles/scenes. The new marketing strategy has already started working for her, and she’s been cast in a handful of new scenes, including a recently released Transgressive Films scene that allows her to show off her acting skills and sexual prowess.
Zerella’s Transgressive Films scene, “Learn by Doing,” has her starring opposite Joel Someone (Principal Walker) and Kasey Kei (Ms. Peters). Zerella plays straight-A student, natural leader, and model student Charlotte. Charlotte visits Principal Walker to discuss a rule banning teachers from discussing trans/LGBTQ+ topics with students. Her sex ed teacher, Ms. Peters, opened up about her trans journey and empowered students. Principal Walker is agitated, refuses to bring Charlotte’s signed petition to the school board, and calls in her Ms. Peters to his office to discipline her. He tells Ms. Peters he’s reporting her for breaking protocol, but Ms. Peters fights for her job and debates him on trans rights. She wins him over and gets him to reexamine the rules. A hidden attraction between the two is revealed—Charlotte encourages it, and Ms. Peters guides him in his first trans experience. And after foreplay, Charlotte makes it a threesome, with everyone learning by doing. Watch the trailer and exclusive scene at transgressivefilms.net/learn-by-doing.
“I had the choice to pick metal braces or invisible ones, but I went with traditional braces. I like the way they look and how they change my brand. My new look has already helped me get some new choice roles, and I hope that continues,” says Zerella Skies.
Another place you will find Zerella is her interview with the In the Tub with BurghCpl4Fun podcast. Zerella discusses her skyrocketing career and future aspirations with the swinging couple, her BJ secrets and Dragon Throat Method, and much more. Check out “In the Tub with BurghCpl4Fun: Episode 24” on Apple Podcasts, iHeart, Stitcher, Listen Notes, Castbox, and other podcast platforms, and on their official site inourtub.com.
Get Zerella Skies with her new look on your set. Book her through OC Modeling by contacting Sandra 818.298.6939, Anthony 818.428.0978, or Eric 818.854.5175. View her stunning agency photos at ocmodeling.com/model/zerella-skies.
To interview Zerella for your site, publication, or show, contact Erika Icon of The Rub PR at erika@therubpr.com.
ABOUT ZERELLA SKIES
Sweet, sexy, and exotic Zerella Skies might just be the official Queen of Blowjobs. She definitely deserves the tiara for her signature moves the Z Slurp and Dragon Throated, long tongue, and tongue piercings. Plus, for bonus points, she can do it hands-free. The California girl has impressed her costars with her enthusiasm and talent for kinky acts. With a little less than a year in the biz, she’s already worked with Exploited College Girls, Bang!, Bang Bros, Brazzers, Reality Kings, Team Skeet, Swallowed, Nympho, All Anal, DickDrainers, and Porn Pros. And her newly minted braces have out her even more in demand. 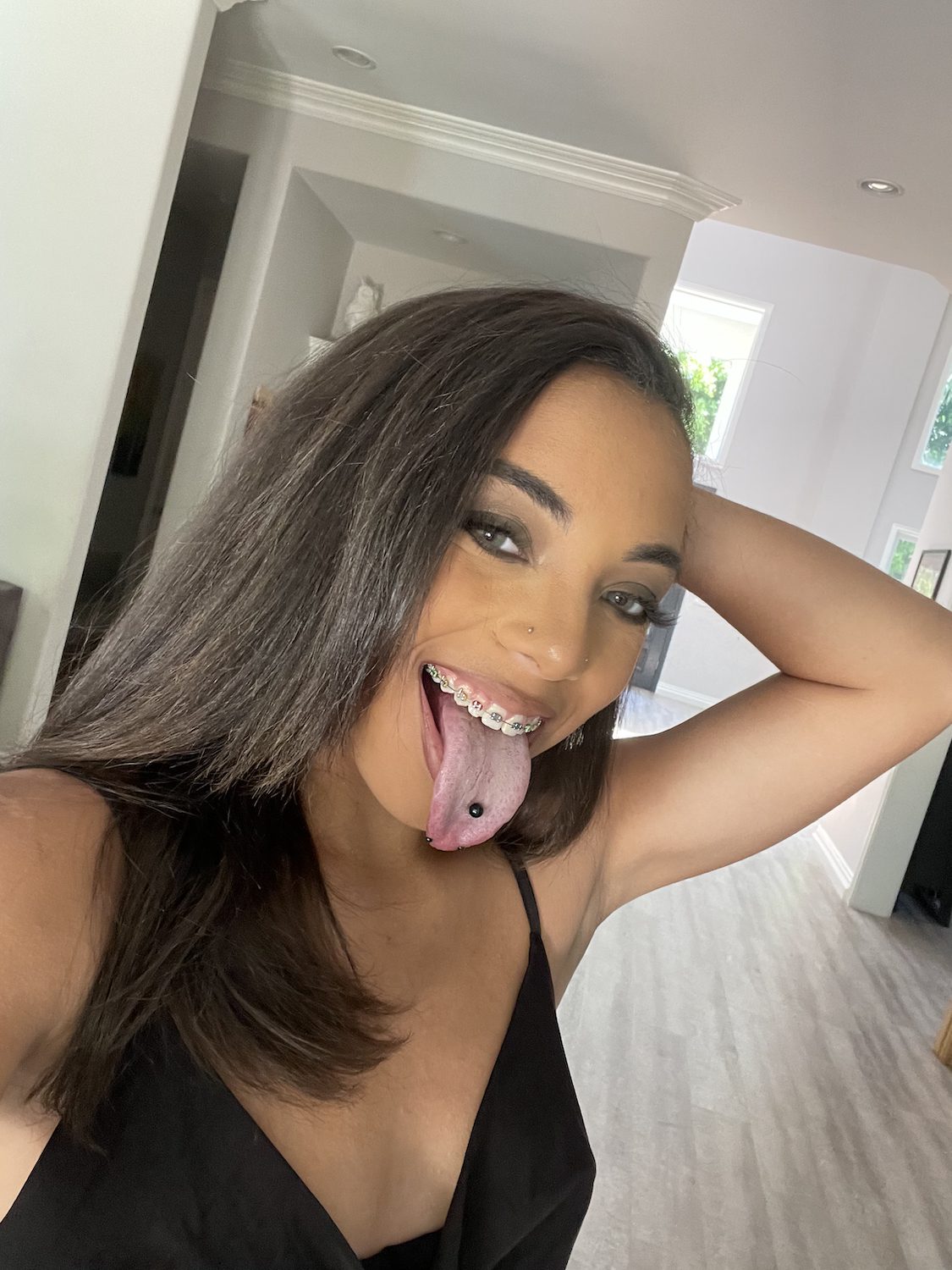