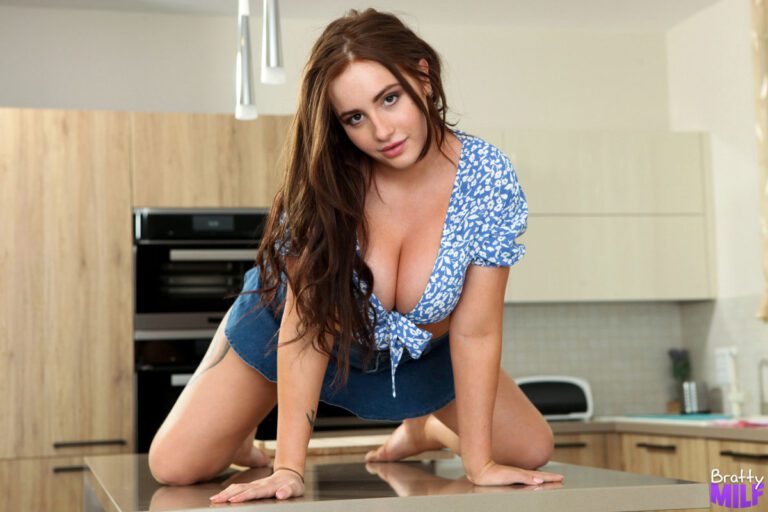 Atlantis Deep has made her debut on the new MomLover network with a scene on BrattyMILF.com. “When Stepmom Wants More – S5:E7” opens with her joining her stepson Charlie Dean in the family sauna. She drops her towel and tells Charlie he needs to get used to seeing her naked, chats him up, and gets handsy with him until Charlie dips out. Later, Atlantis is in the kitchen baking and asks if Charlie wants to help. She spills flour on his pants, gets on her hands and knees to brush it off, and finds out he’s more hung than his father. Atlantis gives him one of her infamous deep throat BJs and a titty fuck, before leaning over the counter to let Charlie fuck from her behind. Then, they take their fuckfest to the bedroom for more adventures, including another BJ, doggy, missionary, cowgirl, reverse cowgirl, and end with a BJ and a mouthful of cum for Atlantis. Watch “When Stepmom Wants More – S5:E7” for yourself and find out why the scene has almost a perfect 10 score momlover.com/video/watch/151707/when-your-stepmom-wants-more.

Atlantis has filmed five scenes for Brazzers, and her second scene is living up to its name “Trending So Hard RN” with almost 80k views and a 97% approval rating. Atlantis plays a hot as fuck influencer who just wants to film some SFW content, but her boyfriend Jordi El Nino Pollo keeps getting into the frame with his dick out. In her next video, he puts it right in her face. Jordi keeps pranking her until she finally gives in and gives her followers a much more pervy experience. Watch “Trending So Hard RN” and her previous scene “Deep in Atlantis” with Danny D at brazzers.com/pornstar/78931/atlantis-deep.

Get Atlantis on your set by contacting Eszter of Brillbabes Model Agency at info@brillbabes.com. Register and get a member login to view her agency photos at brillbabes.com.

To interview Atlantis Deep for your site, publication, or show, contact Erika Icon of The Rub PR at erika@therubpr.com.

With an ocean-themed name, Atlantis Deep is a curvy Aussie babe with a banging body and legendary 34E boobs who can rock a bikini and make beachgoers lose their mind when she takes a dip in the ocean, swims, or surfs. Her training as a sword swallower helped her prepare to be a master deep-throater and gain notoriety for her oral skills. And her worldwide fans can easily recognize her with the mermaid tattoo on her hip that’s tail flips around while she films her scenes. 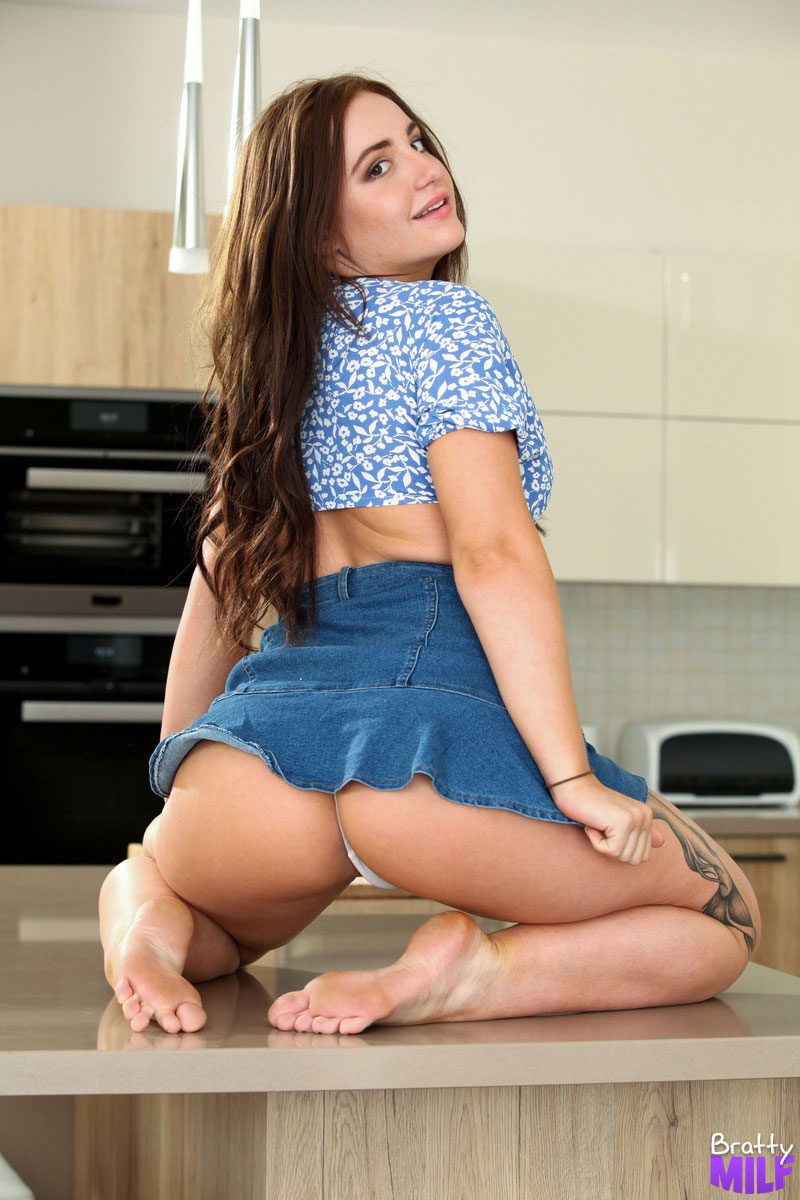