As told by Ariel Andrews 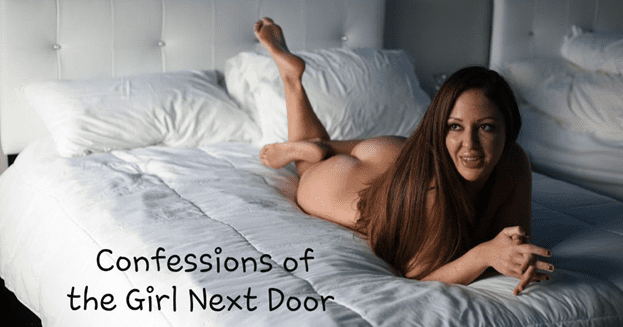 My very first sexual experience was with a girl, my neighbor from across the street. Her name was Marie, and I was 6 years old. We had actually been doing sexual things for some time before her grandmother walked in on us and banned us from seeing each other. I never saw her again, but I think about her all the time. I was attracted to girls before I was attracted to boys. Then as I got older, whether through personal change or conditioning, I became less and less sexually attracted to girls and more attracted to boys. When I was introduced to the lifestyle about 5 years ago, I rediscovered my sexual attraction to females. It has been a beautiful and electrifying experience. For the most part.

Unless you’re totally inexperienced yet trigger happy and decide that smashing your face into someone else’s is the sexiest way to kiss. Yayy!! Who doesn’t love the wild girl with a busted lip look?! Of course, this happened to me, and I had to keep explaining to everyone at Secrets what happened. But she was hot, new, and younger than me with an innocence I couldn’t resist. Never got to see her naked though. Bummer.

So obviously there is the bi-curious girl. She is kinda/maybe turned on by girls but doesn’t really know for sure. She probably drunk kissed a girl in high school and then felt super cool when I Kissed a Girl by

And by the way, scissoring is total bullshit. First of all, it crosses my nasty limit. That exchanging of vaginal fluid will give you a big cup of BV. Second of all, it’s hard to even get pussy on pussy and if you’ve got thick thighs, fuck it! It’s not happening. And even if you manage to make pussy on pussy contact, humping their mound to get off is like trying to chop down a tree with a butter knife! Not impossible, but it’s gonna take a lot of effort, brute force, you’ll be tired, and that orgasm will be weak as fuck.

Then there is the bi-furious girl. This chick will attempt to pull your soul out of your pussy with her fingers, make love to your clit and lick your butt hole. The bi-furious girl knows exactly how to jack hammer, curl her fingers right against your G-spot and give it to you as hard as she knows you can take it. She is aggressive, powerful, slightly dominant and can kiss you into a high. Wanna cum with a girl? This bitch is determined as fuck and will make it happen. These girls also have emotions and souls that run very deep, so you can connect on an even closer more intimate level, which makes the sex that much more passionate and pleasurable.

Now we come to bi-trendy. This girl has absolutely no sexual attraction to girls whatsoever. She looks at a pussy and gets about as turned on as she does by looking at a white board. She is probably grossed out by the pussy and all its wetness. Guarantee she does not go down. This girl does it because today, in the 21st century and in the lifestyle, it’s kind of the trendy thing to do. You’re basically a weirdo if you don’t like girls because everyone likes girls. Aren’t unicorns like every couple’s favorite play toy? And if they don’t do it for themselves, they might be doing it for their man or even for the other girl. I hate to say it, but this girl is a waste of girl play time. It’s best just to enjoy your strictly dickly moments and be happy with that. And the thing is with this, you notice it right away. You can’t fake true attraction or chemistry. I’ll just make out a little bit then move on to the dick.

In closing, I figured I’d end it like a lesbian, lickity split.