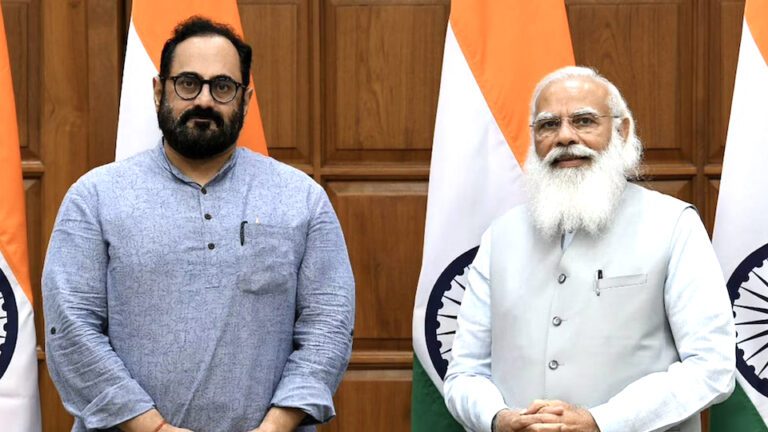 After scrutiny from digital rights organizations like the Internet Freedom Foundation and influential tech news sources like Mashable India, however, MeitY backpedaled, announcing later in the day that it had “decided to withdraw the proposal and that the proposal may be released again next week.”

The government of Prime Minister Narendra Modi, a religious nationalist with authoritarian tendencies who came to power in 2014, “wants to arm itself with powers to overturn decisions of top social media companies such as Twitter, Facebook, Google and Instagram to suspend, block or remove accounts of users over various violations, and is also seeking new levers that will force the internet majors to take down content when directed on a user’s complaint,” India’s leading newspaper The Times of India reported today.

The draft shared yesterday by MeitY, which is headed by MP Rajeev Chandrasekhar, essentially turns a single government office, the Orwellian “Grievance Appellate Committee,” into India’s “all-powerful” online censorship authority, The Times noted. Legal researcher Gurshabad Grover told the newspaper that the new measures “will give the government the ‘final word’ when it comes to content removal or reinstatement of suspended accounts.”

According to Grover’s analysis, “indirectly, the government will be able to censor content that they otherwise will not be able to do directly in a manner consistent with the laws.”

The Internet Freedom Foundation published an explainer pointing out that although Rule 3(1)(b) of the original 2021 IT Rules already asks “social media platforms to inform their users that they should not post content which is ‘ethnically objectionable’, ‘harmful to child’, ‘insulting another nation’ or is ‘misleading in nature,’” the existing rules “did not direct platforms to remove such content without a complaint from any user.”

The new rules leaked by MeitY yesterday “sought to change this by mandating to remove such content irrespective of any complaint.”

This is worrying, the IFF explained, “because the grounds mentioned in Rule 3(1)(b) are themselves vague, impossible to implement consistently and prone to misuse, and social media platforms should not be made arbiters of whether a piece of content is permissible under this rule.”