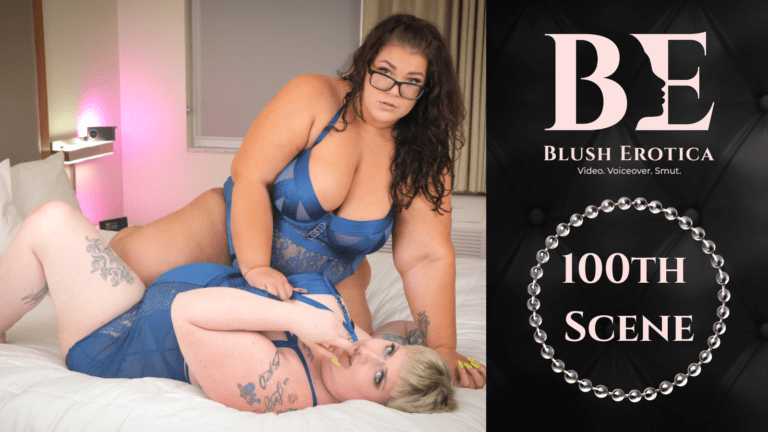 “We knew our 100th scene had to be a very intimate and beautiful project to fully represent the Blush Erotica aesthetic,” said Stacy Lyle, Blush Erotica COO, and scene director. “We’ve partnered with Princess Dandy and Luna Lark on many other shoots and our team was really excited to pair them together for this scene.”

“Our 100th scene is such a milestone,” commented The Sinematographer, Blush Erotica visionary and cameraman. “The whole Blush Erotica team worked hard on this shoot and it turned out perfect. We’re excited to continue bringing beautiful content to market that showcases all different body types.”

To celebrate their 100th scene, Blush Erotica is offering 20% off the first month for all new subscriptions. Interested parties can use code “BE100” at http://BlushErotica.com. Offer good until 8/7.