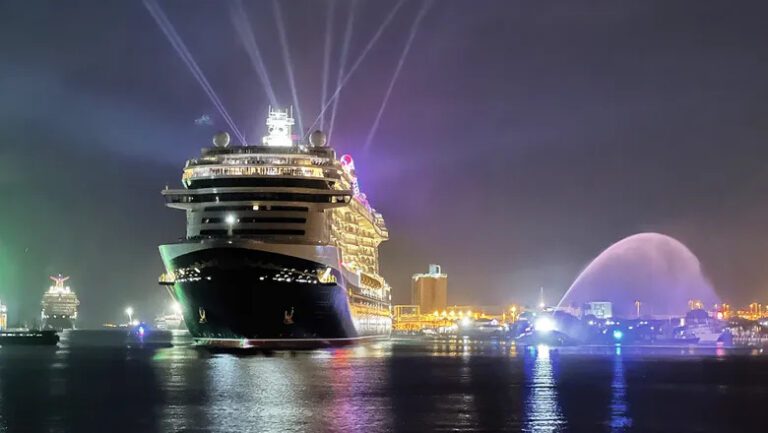 As the sun rose to reach the horizon, Disney Cruise Line’s newest ship sailed into its homeport at Florida’s Port Canaveral on Monday.

The Disney Wish’s arrival situates the ship in Port Canaveral ahead of its June 29 christening, which will include performances and characters from Disney, Pixar, Marvel and Star Wars films. The ship is the first of three new ships due to join the fleet by 2025.

The Wish sets off on its inaugural voyage on July 14. The 4,000-passenger ship will sail three- and four-night voyages to the Bahamas with stops at Disney’s private island, Castaway Cay.

Big changes in the works at the Plaza in Las Vegas

With Covid entry test abolished, a bookings surge is expected