Disruptive Films Lets Out the Ferocious Beast in “Feral and Wild” 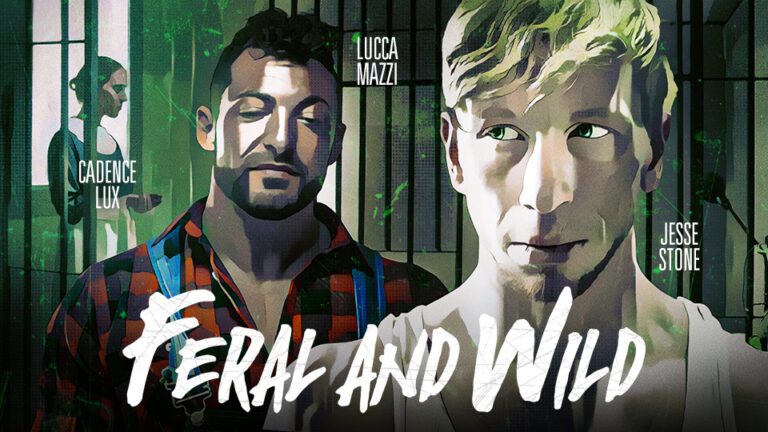 Share
Facebook Twitter LinkedIn Pinterest Email
(Montreal, QC / July 22, 2022) — Gay adult cinema brand Disruptive Films goes for a walk on the wild side with the newest release from Deep Inside, “Feral and Wild” – in director Steve Matts’ first scene for the studio.
Matts brings a dark story of manipulation and containment to life, with a gritty realness one can expect from the talented director. According to Matts, “I always strive for authenticity and connection, and I want to do it at the highest level. I want to thank Disruptive for sharing the same goals and vision, while also providing a highly professional work environment to do it in!”

Actress Cadence Lux, who plays Mary in the film, adds, “I absolutely loved working on this twisted, somewhat dark, concept for Disruptive, and was honored to be a part of the scene! The entire crew and the talent were amazing to work alongside and I’m super proud of what we did with this story!”

Get “Feral and Wild” at DisruptiveFilms.com and follow Disruptive Films, part of the Gamma Entertainment network, on  YouTube and Twitter @filmsdisruptive.
About Disruptive Films:
Launched in 2021, DISRUPTIVE FILMS is a brand new studio dedicated to offering the most original gay porn movies and series available today. Our premium lineup of films and original series combine award-winning creative talent, cinematic techniques, compelling stories, and men in acting and sex performances like you’ve never seen before.  Created in collaboration by Bree Mills, Gamma Films Group, and Alpha Studio Group, the production arm behind such iconic gay brands as Next Door Entertainment, Pride Studios, and Active Duty.
About Gamma Entertainment:
Built in 1996, Gamma Entertainment is an award winning company specializing in multimedia and e-commerce. As an industry leader in web technology, Gamma partners with some of heaviest hitters in the adult production scene such as Evil Angel, Girlfriend Films, Falcon Studios, and more. A solid reputation, strong technical knowledge, and a genuine approach to building relationships are the main principles instilled in Gamma Entertainment
Gamma has an enviable commitment to excellence across a range of different verticals, from production to paysites and beyond. Having a very honest and transparent approach to their business has helped this corporation become recognized as one of the best brands to work with in adult.