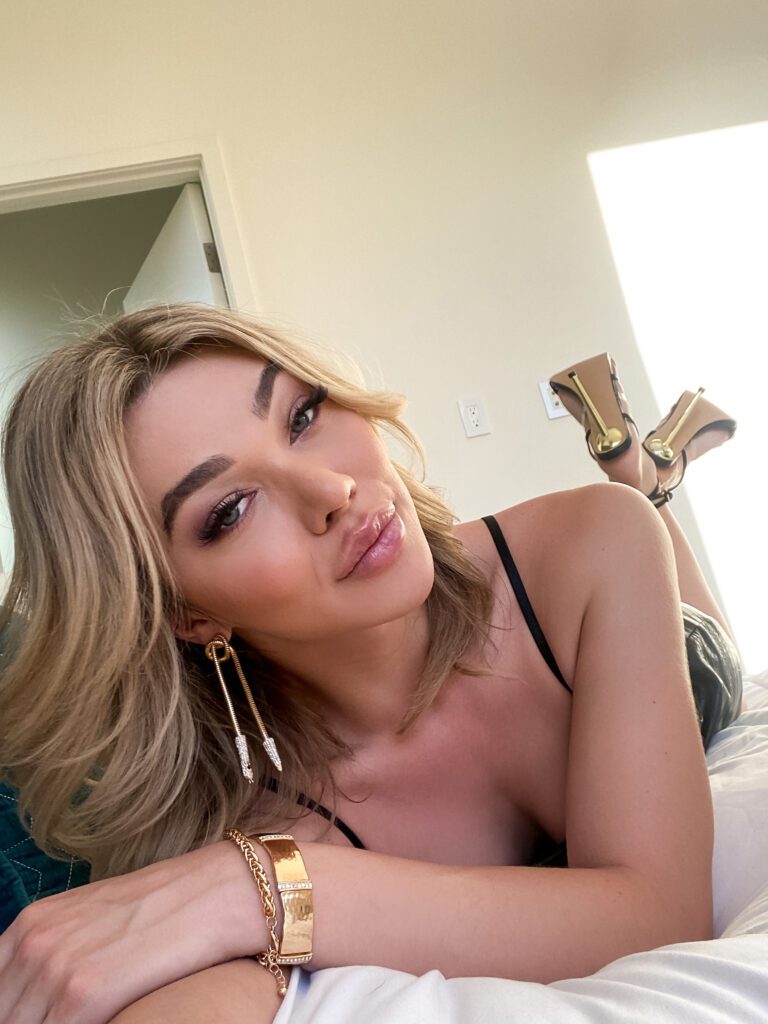 (Los Angeles, CA) Drop-dead gorgeous fashion model and award-winning adult star Emma Rose has done it again and swept the awards in the trans categories in the 2022 Fleshbot Awards, thanks to her loyal fans.

2022 was a command performance for Emma Rose—she swept the Fleshbot Awards again and won six of the most coveted awards in the trans categories for Best Top, Cam Model of the Year, Best Fansite Presence, and Best Social Media Personality. And her scene work also scored some trophies—Best Sex Scene – Couples for GenderX Films’ “TNT 3 – SCENE 3” with Brittany Kade and Movie of the Year for Devil’s Film’s “Trans Hoes in Pantyhose 6.”

“I can’t believe how many awards I was nominated for and won! I’m so grateful to have the best fans in the world who support me by spending their hard-earned money on my films and platforms and taking time out of their busy days to vote for me. Fleshbot is the best fan site, and I’m honored to have more of their trophies. This is so exciting and unbelievable at the same time,” says Emma Rose.

View the complete list of Fleshbot Awards winners in the trans categories at trans.fleshbot.com/8679695/2022-fleshbot-awards-winners-announced-trans.

Interview Emma for your site, publication, or show by contacting Erika Icon of The Rub PR at erika@therubpr.com.

Nominations and awards are constantly flooding in for Emma. She won Best New Face, Gender X Model of the Year, and Hardcore Performer of the Year from the TEAs, as well as the XBIZ Cam Award for Best Trans Clip Artist. Emma dominated the 2021 Fleshbot Awards with a total of nine noms and five wins for Best Ass, Best Total Package, Best Top, Cam Newcomer of the Year, and Best Scene in the trans categories. And the 2022 Fleshbot Awards were a command performance with Emma being up for five noms herself and her scene work for another three—she won four for Best Top, Cam Model of the Year, Best Fansite Presence, and Best Social Media Personality, and she also starred in the Best Sex Scene – Couples and Movie of the Year that won. Emma has also scored countless noms from the AVN Awards, XBIZ Awards, Pornhub Awards, NightMoves Awards, TEAs, ManyVids, and Fleshbot Awards for Trans Performer of the Year, Premium Social Media Star of the Year, Best New Performer, Best Self Producer, Best Internet Personality and her scene work.