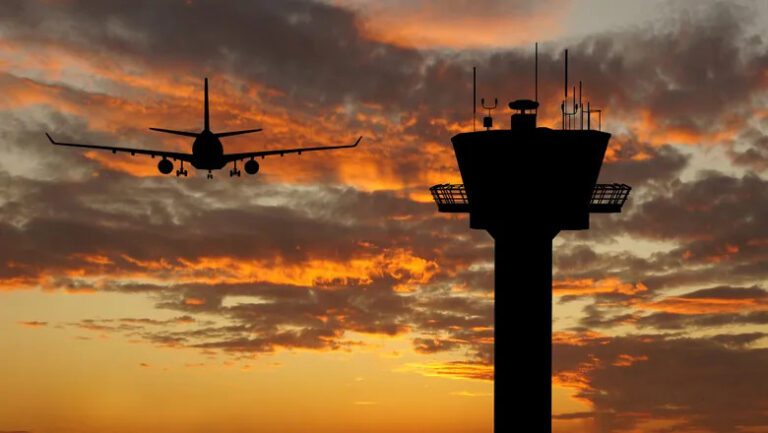 The FAA is pushing back against United Airlines’ assertion that air traffic control staffing is a major factor in the ongoing struggle that carriers are having with cancellations and delays.

“It is unfortunate to see United Airlines conflate weather-related air traffic control measures with ATC staffing issues, which could deceptively imply that a majority of those situations are the result of FAA staffing,” the agency said in a statement. “The reality is that multiple overlapping factors have affected the system, including airline staffing levels, weather, high volume and ATC capacity, but the majority of delays and cancellations are not because of staffing at FAA.”

The FAA’s strongly worded statement came in response to a letter United COO Jon Roitman wrote to airline staff following the July 4 weekend. Roitman estimated that more than 50% of United’s delay minutes over the past four months, as well 75% of United’s cancellations, were due to FAA air traffic management decisions related either to weather or staffing shortages.

“The reality is that there are more flights scheduled nationwide than the ATC staffing system can handle,” Roitman wrote. “Until that is resolved, we expect the U.S. aviation system will remain challenged this summer and beyond.”

Roitman nevertheless noted that United outperformed both Delta and American during the July 4 weekend.

Two weeks earlier, United decided to pare its Newark schedule by 12% in order to increase reliability. A shortage of controllers in the Newark tower was among the reasons United gave for the flight cuts.

The FAA, however, said that on July 3 and 4, airlines canceled 1,100 flights — a quarter of which were by United — even though there were no FAA staffing-related delays.

“We will continue to meet our responsibility to hold airlines accountable while standing ready to collaborate where appropriate so that Americans can confidently expect safe, reliable and affordable service whenever they purchase an airline ticket,” the FAA said.

The FAA’s cancellation statistics don’t align with numbers provided by flight-tracking service FlightAware, which showed that 565 U.S. flights were canceled on July 3 and 4. United’s mainline operation was responsible for 94 of those cancellations.

Overall, airline cancellation rates and delays have been up this summer compared to 2019, but not exorbitantly. From the Friday of Memorial Day weekend through July 6, carriers canceled 2.6% of U.S. flights and delayed 22.4%, according to FlightAware. During the same period in 2019 the cancellation rate was 1.9% and the delay rate was 18.8% percent.