Fear of Sex and other Idiocies…. 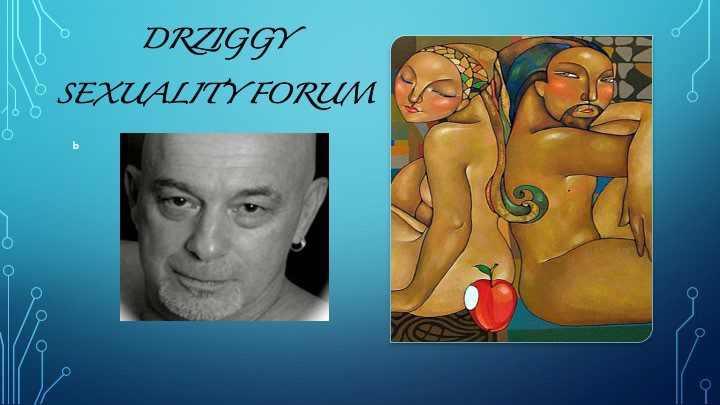 It never ceases to amaze me how uncomfortable people feel when sex or sexuality is mentioned in their presence. To judge from their reaction, one would think that the mere mention of “sex” had unleashed a “virus ” that would infect everyone in sight and would eventually wipe out the population of the world…. Why is it then that the mere mention of “sex” makes most people so uncomfortable? After all, sex is a natural act, a biological prerequisite to procreation, and can be lots of fun.

Psychological wisdom would suggest that anxiety-provoking events (which includes ideas…) will trigger defense mechanisms designed to protect us from the harmful consequences of such events, sort of a “shield” of last resort if you will. But why would sex, a wonderful and blissful experience in most instances, be perceived as a cause of anxiety and stress? The answer is simple yet complicated…Confused yet? Let me start by attempting to explain the “simple” part… Everyone knows what sex is and what its main purpose is: Reproduction! – With me so far? Good…!

Then if reproduction is the main purpose of sexual activity why is everyone so tied up in a knot about it? We need to reproduce as a species otherwise we will become extinct. However, there is another aspect to sex and that’s where the trouble starts: Pleasure…!!! Hedonistic, self-fulfilling, unbridled pleasure, carnal knowledge, selfish, sinful lust… So, let us analyze, for the moment, the role of Pleasure in the sexual equation. See, if the sexual act was for the most part unpleasant how many people do you think would want to do it? (I think that not even the most ardent disciples of S&M would volunteer here…and Men would definitely opt-out). We wouldn’t have people lining up to have sex, to do it, to carry on, to do the “nasty”, to get the “booty” …after all, not too many people would volunteer to experience pain in order to procreate (albeit a few species do…). Thus, because sex is, for most people, an extremely pleasurable experience (the ultimate pleasure some would say), we do have people lining up to do it, to get it, to experience it, there are even people willing to die for it (in some countries where the death penalty is applied as a punishment for extra-marital sex, for instances, have about the same rate of adultery as anywhere else…go figure….).

So, now that we have established that sex is pleasurable, and even worth dying for (no surprise the French expression for orgasm can be loosely translated as the “little death” …), why wouldn’t we all be jumping for joy at the opportunity to have sex, and why would we act as though we’re repulsed by it…? Here comes the complicated part…are you ready? Sex has been “high-jacked” by religion and politics under the rubric of Sexual Ethics and Social Order. Concepts such as “morality, “socially acceptability”, and “deviance”, have infiltrated the lexicon of our society in reference to sex and sexual behavior and are now entrenched as morality barriers reflected by language and attitudes. Sex is now a tool of control and a means to enforce conformity.

However, suppose we are to place sex in its original, intended place (pleasure and procreation). In that case, we must transcend society’s views and promote the general understanding of sexual behavior from a more syllogistic approach. Meaning, revisit the meaning of sex in different contexts. Let me list a few points that may illustrate my point: · What is the function of sex? Is there just one? · Should sex be exclusively heterosexual or is homosexual sexual behavior “normal”? Where does that leave bisexual behavior? Should anyone care? · What is the relationship between sex, love, lust, intimacy, and relationships? · Can sex happen independently of emotional feelings? · What is the connection between sex and moral character? · Is it OK to get laid more than twice a day…???? Or should we put sex in a fixed, “normal” schedule? As you can see the concept of sex, sexuality, and sexual behavior starts to appear rather complicated and dependent on personal or social expectations…and I’m not going to address all of the above questions at this time. Suffice to say that sex, and sexuality has been a topic of interest in philosophy, religion, and politics for eons…and that is where the problem starts.

Everyone gives their view of normalcy when it comes to sex and sexual behavior. Freud suggested long ago that repressed sexual feelings were at the root of all neuroticism and hysteria. Nowadays, we know that not to be the absolute case; however, repressed sexual feelings can lead to possible psychopathology and other physiological problems (medical conditions) “What are you talking about”, I can hear some of you saying….” you’re losing me with all of that jargon…” Relax, let me explain. For us humans, the inability to express ourselves sexually can make us a “little crazy” and bring about some other forms of physical discomfort (notwithstanding the proverbial “blue balls”).

Sex and sexual activity (or lack thereof) may be related to the development of ulcers, high blood pressure, prostate cancer in men (and women…), heart disease, rheumatism…and in some cases, gluttony… “Sure, tell me that lack of sex is now a health risk…” I’m sure some of you may comment. Actually, it is the stress caused by our lack of knowledge and understanding of sexuality that may bring about those conditions mentioned before. Repressed sexual desires can in fact have detrimental consequences even if we aren’t aware of them. Remember Freud and defense mechanisms? So, what does all of this have to do with sexual repression and the problem of sexual ethics I mentioned before? OK, let me walk you through it…. The Greeks and the Romans thought that body and mind were separate, as did later on Rene Descartes. It’s called “dualism”, meaning, they made a distinction between what was physical (and impure…like sex) and what was spiritual, beautiful, and ascetic (like NOT having sex…), which led to a devaluation of the body, and bodily pleasures into a philosophy of self-denial. This dualism unnecessarily devalues the body’s pleasurable experiences and associates them with enslaving desires (nowadays, we aren’t that more sophisticated and educated…we call the procurement of “excessive” sexual pleasure, “sexual addiction” …) Even Plato equated sexual activity with a distraction from other more intellectual pursuits and characterized it as a necessary evil (where have I heard that before…???hmmm…!!!) Along came Christianity that picked up on this idea of the Greeks (about the necessary evil of sex), threw in a few other twists and before long we had the final association between Sex, God, and Religion, the Holly Triumvirate as it were. 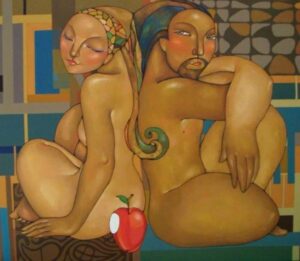 To make it more interesting (or evil) they threw in a smart little story about a serpent, a woman, and an apple and lust, a story which had everything to do with the loss of purity, bliss ignorance, and spiritual grace…and we have the onset of misery and tragedy as it relates to sex: they called it the Original Sin and the saga managed to make sex, and women, the villains of the story. Talk about giving sex and lust a bad name…

Now you have, that is how we came about the development of sexual ethics based on sexual prohibitions, sexual morality, and the lot, in a strange combination of religious and political sex doctrines. To make matters worse we, the sheep of the herd, go along passively and, at some point, become ourselves the enforcers of the morality of the Realm (illustrated by one of my pet peeve expressions…” didn’t need to know that…” as an answer to anything construed as “improper” …). We take a “don’t ask, don’t tell” approach to anything that is sexual until it concerns us individually. Talk about the proverbial head buried up the butt syndrome. Confused yet? OK, I’ll walk you through it once again…

We feel bad when we heard about sex because we claim it to be a “personal “event between two people (as a friend of mine reminded me when she knew I was writing this article…) and best kept to oneself. “Why talk about it?”, my friend suggested, “leave enough alone…”, she said. However, sex isn’t always between two people and takes place away from society’s eyes (and the Law). Sometimes the State interferes with the enjoyment of behaviors construed as ‘sexual” in nature. Ever tried to remove all your clothes in a public place?

You would be arrested for “indecent exposure”, whatever that means (not so sure what is indecent about the human body…). But sexual behavior hasn’t always been the domain of the Church and the State as it is today. The last one thousand years have witnessed a rapid usurpation of sex mores by the Church (with special emphasis on the decades following the renaissance and the enlightenment). As it stands today, the State is now in the business of enforcing religious proscriptions by passing laws and statuses to control the sexual behavior of its citizenry. If you can control sexuality, you can control the masses, a concept not lost on the fundamentalists of many religions and political dogma. As a consequence of all of the “accepted” moral views of our society, we have internalized the sexual concepts, the sexual prescriptions and proscriptions, and have come to conform ourselves to the dictates and pressure others put on us to conform as well.

That is why sex is till today a taboo topic of conversation in “mixed” company as the term goes….and that is why people are still so uncomfortable talking about it, almost as though they fear that everyone will come to learn about their sexual fantasies and desires, the little imaginary, visual productions which they direct and star in… their minds. The fear of being an outcast, a “weirdo”, “sick” or “deviant” keep us all in line (lest you be suspected of being a pedophile…) When was the last time you said to your neighbor, your co-worker or friend….” What’s up…how’s your sex life…. your wife/husband looks like a great sexual acrobat…”, “how do you like your sex?”, “I had a sex dream about you last night…”. WE just don’t!

Everyone will tell you that such inquiries are inappropriate, vulgar, and bordering on sexual harassment… So, such queries just don’t happen because we’re sexually repressed, and sex is considered a “personal “thing” …!? Sex isn’t any more of a personal thing as it is our palate, or preference for a particular type of food, wine, or sleep time. Sex is part of our biology stupid…!!!!!! And that is why we still have such outdated, antiquated, sexual laws… why sexual expression is not tolerated unless it conforms to the guidelines of acceptable “norm”.

That is why my friend still says…” sex is a private thing, don’t go talking about it, it’s none of your business…” This lack of sexual openness and acceptance is one of the main reasons why polite conversation doesn’t include sexual topics…why I had to submit a copy of this lecture to a committee for “approval” when it was originally published…this in an era where homosexuals have already come out of the “closet” but “straights” are still nervous about sex. One of the populations I study, swingers, still faces a fear of repercussions, fear of discovery, and fear of consequences. 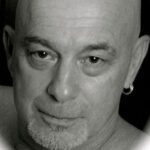 Well, time to wrap it up. My final thought…. for the moment… (And here I borrow heavily from that slogan made famous by NIKE).