Feet4Cash will attend for the first time the AVN and Internext 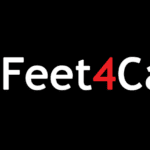 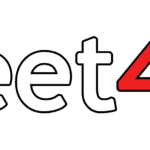 For the first time, Feet4Cash will attend at both AVN and Internext in Las Vegas, between January 4th and 8th – confirming the expansion and affirmation of the famous group of fetish sites in the US market.

“It is a very important step for us” – says Massimiliano Bonelli, Co-founder of Feet4Cash – “2023 will represent a year of innovation for us and we want to begin in an almost symbolic way by putting our feet – in every sense – on the American soil” he concludes laughing.

Established in 2008, Feet4Cash is a network of paysites mainly focused on the foot fetish niche. With a total of 16 sites, the program has a site aimed at every taste in the foot fetish niche and it also includes a VR site. All content is exclusive and produced in-house. Affiliates earn a 50% lifetime commission on every sale and on rebills, plus 5% for webmasters referrals.  All content is exclusive and produced in-house.

For requests and appointments, contact Massi via e-mail (massi@feet4cash.com) or Skype (nyllover)