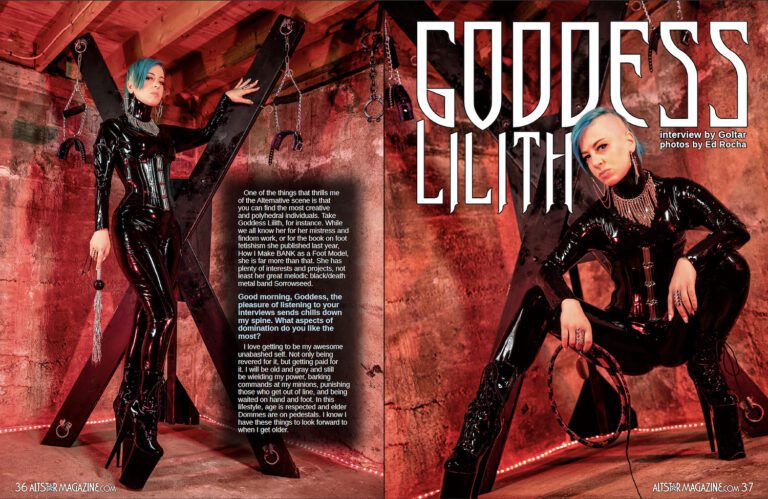 Goddess Lilith’s image and name can be seen multiple times in Issue 18 of AltStar Magazine; her name is on the cover, she’s on the coveted list of AltPorn nominees for Best Gothic Cam, and she has an 8-page feature starting on Page 36. Aptly named “Goddess Lilith,” her feature has multiple fetish images by photographer Ed Rocha and an interview by Goltar. Dressed to kill in latex, Goddess Lilith answers questions about what she likes most about domination, her award-winning and best-selling book that educates newbies about foot modeling, her interests outside of cracking the whip, her band Sorrowseed, future plans, and more. The piece also has links to her social media and premium social media, and how to find out more about Sorrowseed. Buy AltStar Magazine at zinetastic.com/cart/?add-to-cart=1052&coupon=alt18.

“I’m really happy with how my feature turned out. Ed’s photos look amazing in print, and Goltar has some solid questions and definitely did his research. You definitely want to check this issue out. I’m also glad that it’s in print, and the AltPorn Awards VIP attendees will get copies in their goodie bags. I’ll be attending the awards in Hollywood on June 11th also,” says Goddess Lilith.

Another place you’ll find Goddess Lilith is on CAM4’s Licked & Loaded with host Laura Desiree. “Episode 78 Goddess Lilith: Webcam Royalty” shows Goddess Lilith’s side as an educator with tips and tricks for maximizing your online presence as a performer. She also shares her wild stories and the best way to handle trolls. It’s educational and entertaining. Watch the full 35-minute interview at youtube.com/watch?v=KT0tmfcHZ_A.

Interview Goddess Lilith for your site, publication, or show by contacting Erika Icon of The Rub PR at [email protected]. 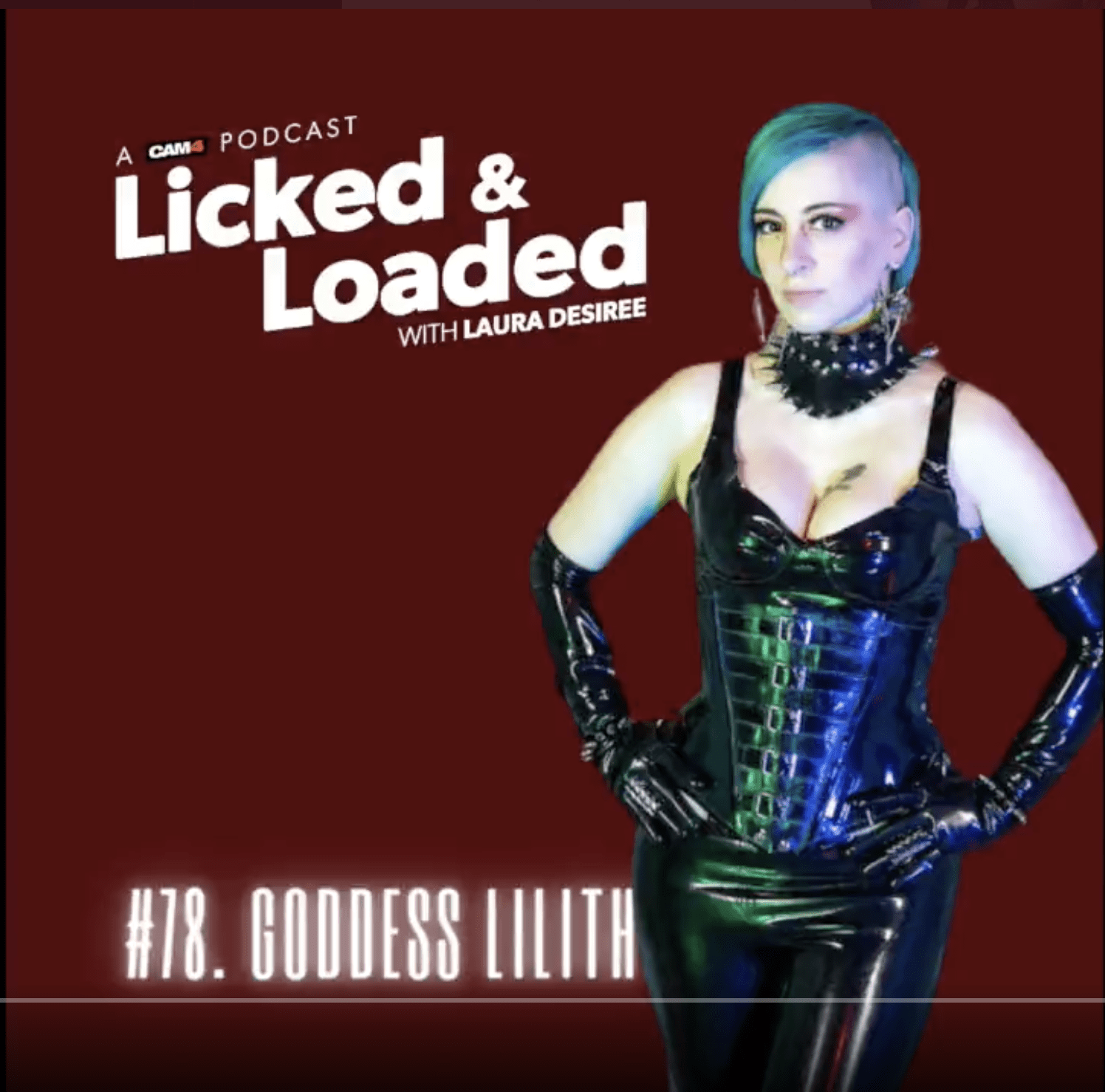