Interview conducted by The Premium Reviewer 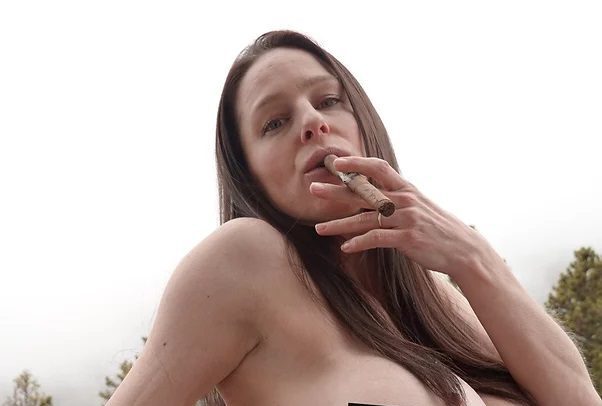 There was also a moment when, back in the day (early 2000’s), I messaged Heather on the site and she actually took the time to reply with a sweet response. So another preference that I can partly attribute to Heather, is the genuine interaction you can get from some models.

Like most teenagers, I got her content free through torrents etc but when I was old enough to actually buy her stuff, her website had pretty much come to a stand still.

The Premium Reviewer: Why did you and Jim initially decide to stop making content and unofficially retire from creating content? Did piracy play any part?

Heather Harmon: In about 2006 we stopped updating ideepthroat.com with new content. We wanted to focus on raising our family. Piracy played no part in our decision.

TPR: What is your feeling on piracy? Do you feel it helped grow your audience in the early days, and did it transfer into paying customers?

HH: The content sharing platforms, Limewire, Kazza, P2P,  they all helped us reach the popularity we see today. Jim and I have never done any paid advertising. Word of mouth is how we got to be an almost household name. Our videos have been viewed over a billion times in the past 20 years.  A small % of those viewers are happy to support us buy purchasing a membership or subscription.​

TPR: Did the whole pandemic situation play a part in your return to the adult content world or was it something you always wanted to get back to eventually?

HH: Covid did play a huge part in our decision to comeback. We didn’t have plans to comeback. But after 3 months of staying home almost 24/7 we decided to think about a comeback. The reaction we got was amazing so we started our journey back to the Internet after 15 years away.

TPR: From the beginning you guys seemed to be pretty internet savvy, being early adopters of selling digital content online. You also seem to make good use of social media and the various platforms, from Twitter to Discord.
Can you talk about the Internet when you first started to now with social media, and the importance of it in your work.

HH: Jim and I got really lucky back in 2000. The adult world was just being realized on the internet in a big way. We got popular really fast from file sharing. Back then we didn’t use any social media, and haven’t until about a year ago. I don’t know a lot about Twitter and Discord or IG. I do post occasionally on those platforms. But I don’t think I have taken advantage and really run on them like a lot of successful stars do. I’d like to learn more about social media in the future.

TPR: Your return seemed to come just as organically as your initial rise to fame. Back in early 2000’s your fanbase partly grew through your content being shared. With your return, and you guys being as legendary as you are, I would have expected bigger fanfare. I didn’t see any official press release or adult media coverage, news seemed to be shared via fans again- through tweets and forum comments etc.
Was that an intentional move?

HH: We thought about going a little “big time” with our return. We talked to some P.R. people. But in the end we decided to keep up with what has worked. Make good content, let people decide if they want to spread the word. We don’t take ourselves too seriously, we are amateurs, and we wanted to keep that the same. Just like back in 2000.

TPR: Keeping to the theme of you guys’ internet savvy, it was very smart for you to retain your domain name after you left.
Was it ever up for sale and/or were people trying to buy it?

HH: We have owned our domain for over 20 years. We never thought about selling it. We did receive a few substantial offers. Nothing that changed our minds though. We are thinking about selling our .net and .org domains as NFT’s in the future possibly.

TPR: That’s very cool. Are you excited about the future of Crypto in general and if so why?

HH: I am very excited about Crypto in general. I am working to get crypto payments in place for when we open our new ideepthroat.com members area. It’s fast, it’s anonymous to an extent, and best of all we can cut out banks and visa/mc. I really think it’s not only the payment platform of the future but also could be one of the best investments available.

When browsing your site, ideepthroat.com, I saw that you guys have also created your own adult tube site.
Can you explain the idea behind doing this?

HH: We started ideeptube.com as a way of saying thanks to all the people who enjoy our videos. We put almost all of our original content their for people to watch for free. A sort of gesture of good will.

TPR: On the internet people talk about adult performers having children and speak on these hypothetical problems the kids may experience. Recently Lana Rhoades was the discussion of this particular topic.
Has this ever been an issue that has affected you guys, or been of any concern?

HH: Jim and I have 7 kids. Through the years we have been VERY lucky to be surrounded by good people where ever we lived. Sure there was one or two hiccups along they way. But nothing that we couldn’t deal with easily. That is the most specific I would like to get in talking about the kids and what we do.

TPR: Switching topics, what is your official boob size now and are you planning to go any bigger?

HH: I am 36DDD now. 1500cc’s. I got these about 4 years ago before we thought about making a comeback. I don’t plan on going bigger.

TPR: What about any other bodily enhancements?

HH: I’ve had my lips done. And had botox a few times back in 2000s. I don’t have any plans for further upgrades.

TPR: With everything slowly starting to open up again, what things did you miss and what is going to be some of the first things you’re going to do again?

HH: Eating out. I love to try new restaurants and there are a ton in Denver that we looked at on the net while isolated at home. We have a lot of catching up to do.​

HH: We don’t have any immediate plans. But we do hope to attend some conventions like we did in the past. I hope to be able to say hi to some new friends and business associates.

TPR: Thank you so much Heather for taking the time to do this, it’s truly appreciated.

HH: Have a great day and thanks for the opportunity to answer your questions. Please stay safe.

Interview conducted by The Premium Reviewer, in late 2021.