Jerk Buddies Shares the Wealth in “Hey Man, Can I Try Your Fleshlight?” 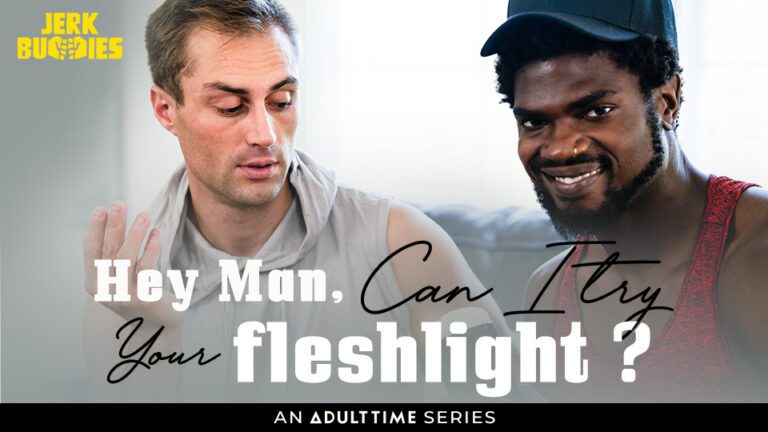 (Montreal, QC / November 1, 2022) — Adult Time Original Series Jerk Buddies is bro-ing down hard with the sweet release of its second episode, “Hey Man, Can I Try Your Fleshlight?”

Sharing is caring when Damien White pays a visit to his buddy Devin Trez, and mentions his current girlfriend woes; Devin shares that he doesn’t have such problems, as he always keeps his trusty Fleshlight solo stroker nearby. When Damien wants to try it on for size, Devin says no… unless Damien takes it for a test run right then and there…

“The first scene of our ‘Jerk Buddies’ ongoing series was among the best received gay episodes we have released yet on Adult Time, and we’re hoping the second one will be just as popular among fans of gay content”, says Frank Stacy, Adult Time’s Director of Marketing.

Launched in 2018, Adult Time is a streaming service exclusively for adults.  Created by award-winning filmmaker Bree Mills, who also serves as Chief Creative Officer, Adult Time is a platform built by fans that believe in a future where mature audiences can safely, securely, and proudly have a place in their lineup for premium adult content.