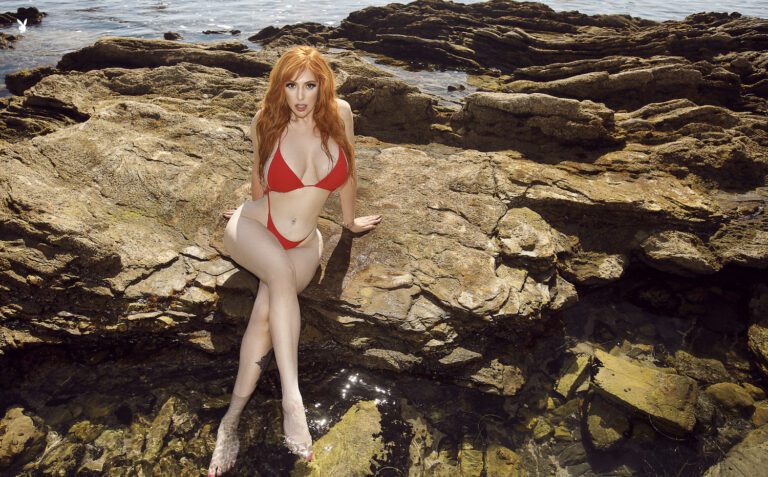 Share
Facebook Twitter LinkedIn Pinterest Email
(Hollywood, CA) Sexy statuesque fiery redhead influencer, adult actress, gamer, and model Lauren Phillips has scored the cover of the December issue of Playboy Denmark and a 10-page feature. The issue is a must-have for her worldwide fans.
2022 has been an incredible year for Lauren, and she’s ending the year with a banging scoring the cover of Playboy Denmark for December. Lauren looks like a James Bond girl with her gold bra and panty set, flowing red hair, and curves in all the right places. Her feature inside the mag features multiple looks, including a crop top and daisy dukes with some underboob, baseball-themed pics with various stages of undress, and bikini shots with her enjoying a day at the beach. In addition to the sex pics snapped by Ryan Dwyer, Lauren does a brief interview discussing her best career highlights, using social media for marketing and to maintain a solid following, the day of a glamorous model on set, perks of being a beautiful woman, exciting projects she has on the horizon and more.
“My Playboy Denmark cover and feature are a great way to end an incredible year. It’s also the perfect addition to my previous cover for Australia New Zealand and FHM Australia feature. I’m enjoying all this mainstream magazine coverage, and I should have even more next year, so stay tuned,” says Lauren Phillips. 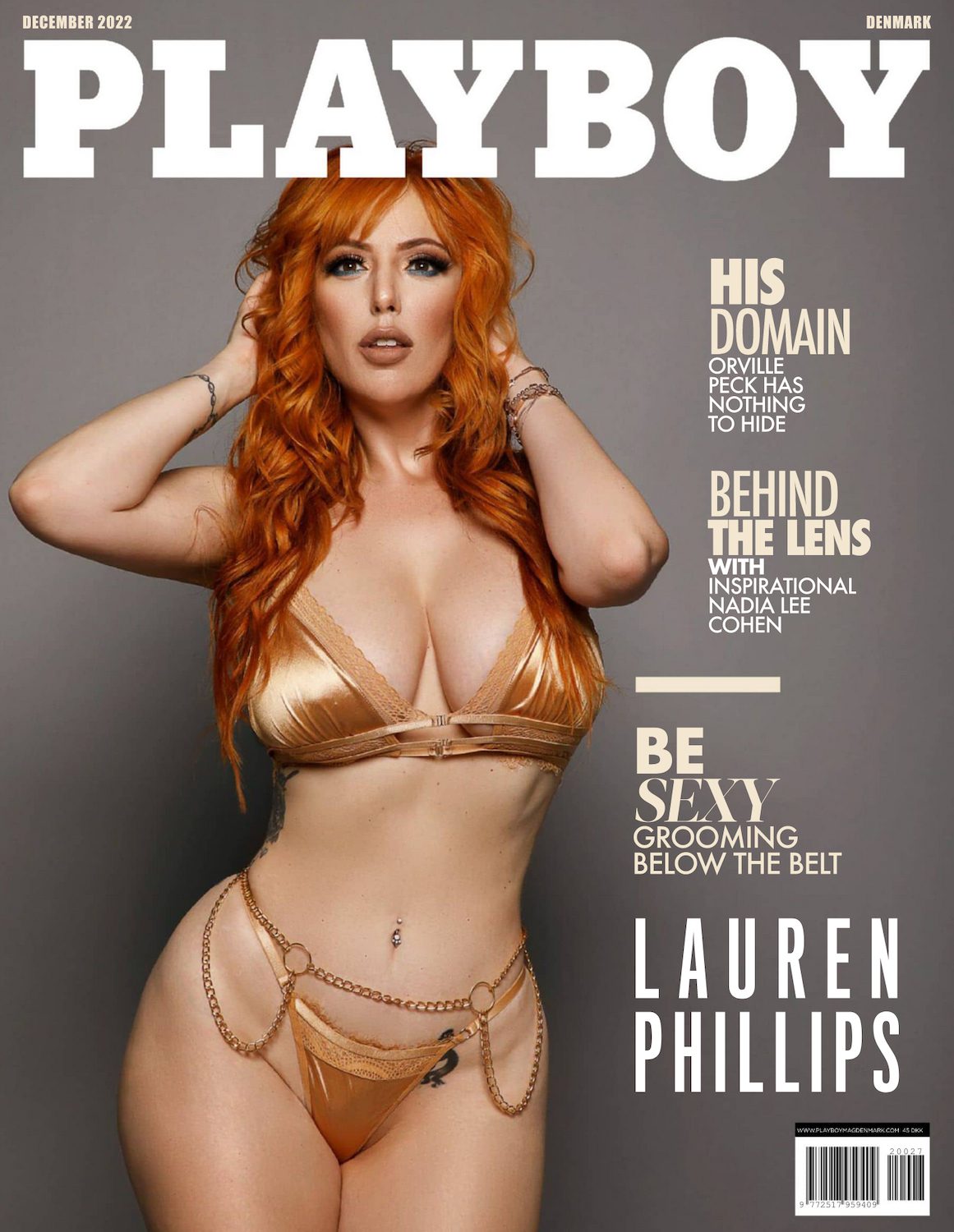