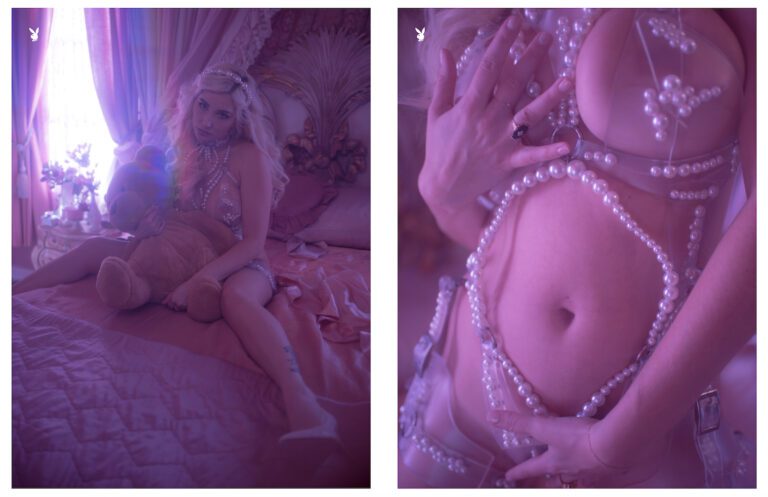 Share
Facebook Twitter LinkedIn Pinterest Email
(Hollywood, CA) All-natural, statuesque, busty, long-legged, and blonde-haired internationally published fashion model, fashionista, artist, and your favorite fantasy girl, Skye Blue, can now add Playboy Australia to her growing list of featured magazines—she’s featured in the December issue.
Skye Blue is making her Playboy Australia debut in the December issue, and her worldwide fans are loving the sneak peeks they’re getting on her Instagram. Simply titled “Skye Blue,” her five-page spread features beautiful, pink-tinged photos of her draped in pearls and pearl-encrusted lingerie and a few nude shots snapped by Moss Von Faustenberg. There’s also a brief interview that delves into being an Instagram influencer, three things she can’t live without, crazy DMs she receives, what men can do to get her attention, love and relationship advice to women, and more.
“I’m so in love with these photos—I work with many photographers, but these are one of my favorite sets ever. I hope my fans and the readers of Aussie Playboy enjoy them and the interview,” says Skye Blue.
Pick up the digital version of the December issue a la carte or subscribe for an entire year at zinio.com/au/playboy-australia-m34634.
Directors, producers, and studios looking to get Skye on their set can book her through OC Modeling. Contact Sandra at 818.298.6939, Anthony at 818.428.0978, or Eric at 818.854.5175.
Interview Skye Blue for your site, publication, or show by contacting Erika Icon of The Rub PR at erika@therubpr.com.
ABOUT SKYE BLUE
Skye Blue is a true original with her all-natural, statuesque, tight frame, amazing 34DDD bust, long legs, bright blue eyes, and blonde hair. She’s also an internationally published fashion model, fashionista, artist (fashion photographer, seamstress, and abstract painter), and your favorite fantasy girl.
At 18, Skye got her start camming before moving to NYC and becoming a fashion model. When her agency dropped her after they discovered she was camming, she left the fashion world behind to celebrate her inner slut. In 2018, Holly Randall discovered her (after a fan reached out to her), and Skye made her Playboy Plus debut. In 2019, she was voted Muse of the Month. She’s also graced the pages of Hustler and crowned a Hustler Honey, Penthouse, Playboy, Playboy Australia, Camgirl Vixen, and Campout magazines, as well as independent fashion mags like Yume. And she’s been interviewed multiple times by the Daily Beast for thought-provoking pieces about issues facing the industry and beyond. 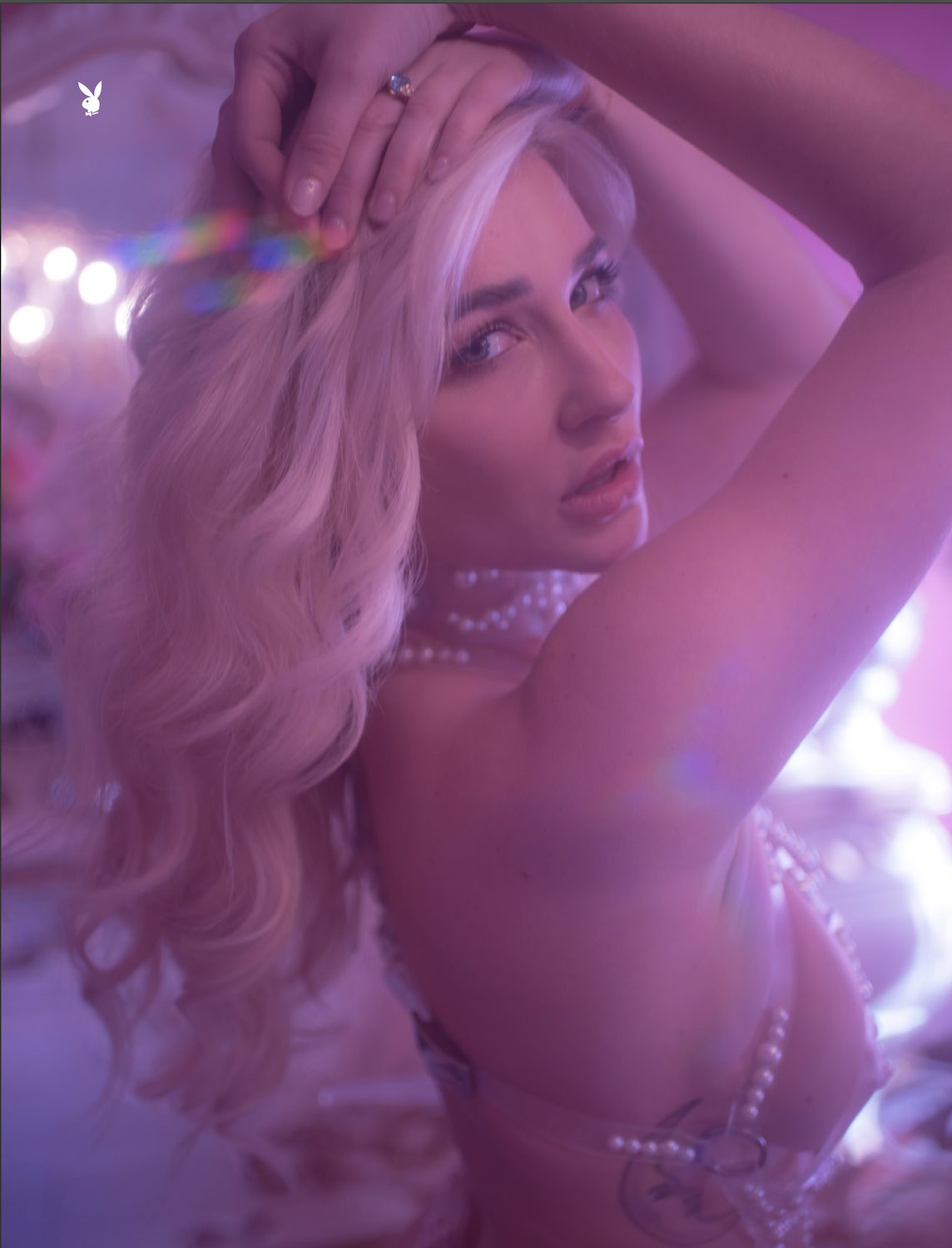 After her Playboy Plus shoot, Skye dove into adult work. Three years later, she’s worked for top-shelf studios, including Vixen, Digital Playground, Blacked, Slayed, Blacked Raw, Brazzers, Deeper, Jules Jordan, HardX, LesbianX, SexArt, Lust Cinema, Wicked Pictures, Girlfriends Films, Girlsway, Naughty America, Nubiles, Twistys, Reality Kings, SexLikeReal, and VR Bangers. Skye has been nominated for Best Supporting Actress, Most Spectacular Boobs, and her impressive scene work by the AVN Awards, Best Tits from the Fleshbot Awards, Girl/Girl Performer of the Year and multiple noms for her scenes from the XBIZ Awards, Best Bi Sex Scene from the GayVN Awards, and Best Female Premium Social Media Star from the XBIZ Cam Awards. And she was the Flavor of the Month for Nubiles and a Team Skeet All-Star.
Keep up with everything in Skye Blue’s world by following her on Twitter and TikTok at @skyebluewantsu, her new IG at @skyebluehatesu_1 and Reddit at reddit.com/r/SkyeBlue. Subscribe to her OnlyFans onlyfans.com/skyebluewantsu and see her live Camsoda shows camsoda.com/skyeblue. Join her other 134k subscribers on Pornhub pornhub.com/pornstar/skye-blue to find out when she posts new content and “like” her videos. Find all her links in one place at skyeblueofficial.com.
December DMs feature Instagram influencer interview issue lingerie love and relationship advice Moss Von Faustenberg pearls Playboy Australia Skye Blue spread subscription
Share. Facebook Twitter Pinterest LinkedIn Tumblr Email
Previous ArticleMistress Sabien DeMonia Gives Alec Hardy a Night He Won’t Forget
Next Article Lauren Phillips Scores Cover of Playboy Denmark for December