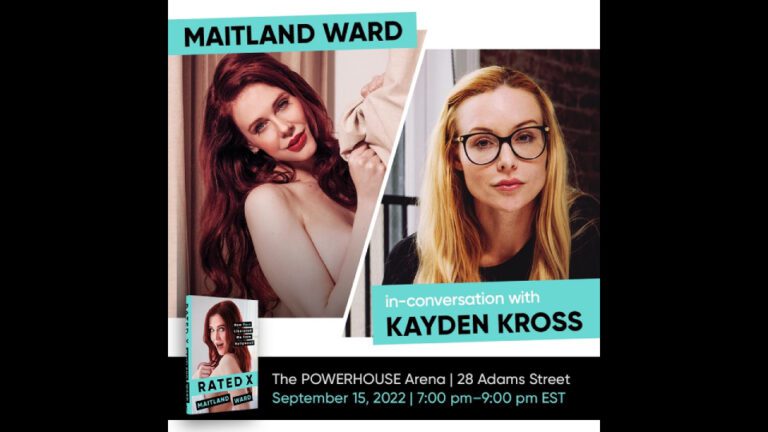 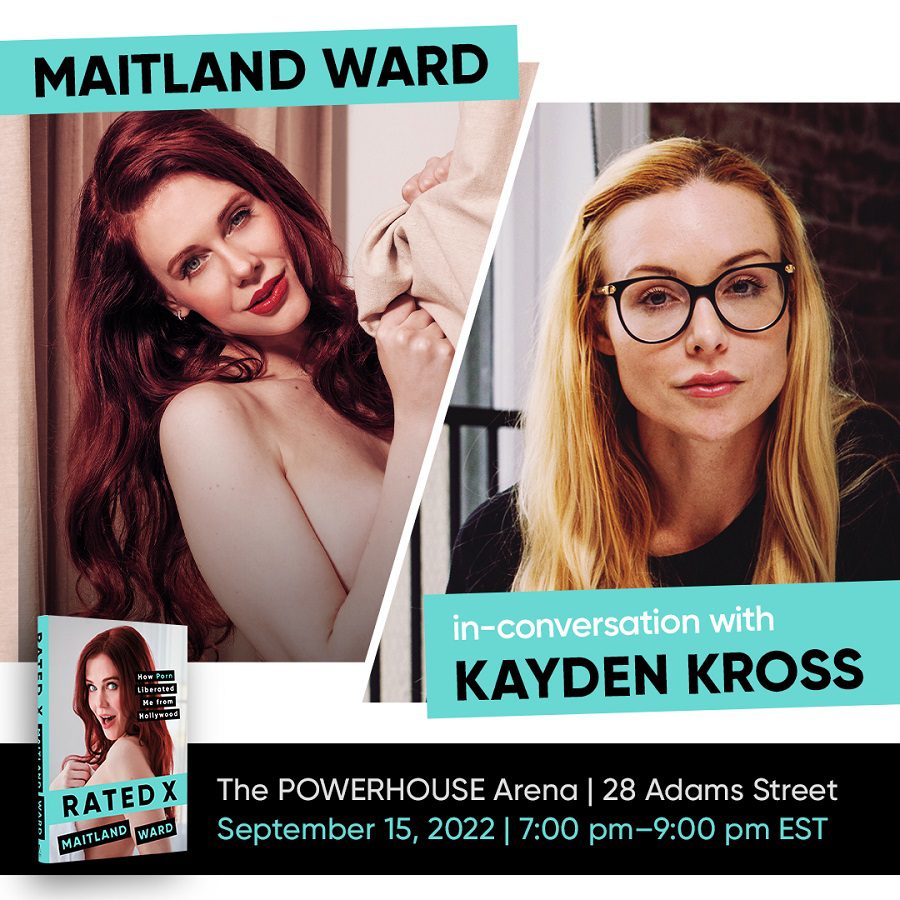 The public event will also spotlight a guest appearance by adult industry superstar and Deeper studio director Kayden Kross, who will be on hand as the moderator for a Q&A panel discussion and conversation about Ward’s career path as the first and only mainstream actress to cross over into adult industry success.

“It’s been a long road to get to where I am today, and I am so pleased to be able to tell my story through the pages of Rated X, and I look forward to sharing my personal anecdotes with friends and fans at Brooklyn’s Powerhouse Arena,” said Ward.

Sharing her stories in Rated X has not only proved to be empowering for Ward, it’s also been “one of the proudest moments of my career”, with early success on Amazon’s pre-sale lists and an acclaimed ‘Kirkus Star’ from literary tastemaker Kirkus Reviews.
The New York signing is part of Ward’s upcoming author signing events in September; she is also scheduled to make a promotional signing appearance Tuesday, September 6 at Los Angeles’ Barnes & Noble flagship store at The Grove.

Instagram.com/maitlandward
OnlyFans.com/maitlandward
Patreon.com/maitlandward
ManyVids.com/Profile/Maitlandward
ABOUT MAITLAND WARD:
Southern California-born and bred Maitland Ward has quickly become one of the biggest stars in adult entertainment, after an-already successful career as an American model, actress and cosplay personality. After finding fame in the ‘90s on CBS soap The Bold and the Beautiful and smash ABC sitcom Boy Meets World, as well as a plum role in 2004’s cult classic White Chicks, Ward decided to shake things up with racy social media content, sexy cosplay and appearing at fan conventions before making the leap into adult film in 2019.
The statuesque (5’10”) all-natural redhead is unique in that not only is she beautiful and built for the adult biz, Ward’s talent as an actress means she can also carry dramatic and comedic scenes with ease. Her playful energy, professionalism and open sexuality earned her an exclusive performance contract with Vixen Media Group and the famous face of the brand’s blockbuster studio, Deeper.
In 2020, Ward won three AVN Awards for Best Supporting Actress, Best Three-Way Sex Scene-G/G/B for her work in Deeper feature Drive and Favorite Camming Cosplayer. She also won three XBIZ Awards for Crossover Star of the Year, Best Actress-Feature Movie and Best Sex Scene-Feature Movie, also for Drive.  In 2021 she scored two AVN Awards as well: Best Leading Actress for Deeper’s Muse, as well as Best Boy/Girl Sex Scene for Higher Power, plus two XBIZ Awards for Best Acting-Lead and Best Sex Scene-Feature for Muse, and in 2022 she took home two XBIZ trophies for Best Acting-Lead for Muse 2 and Performer of the Year.