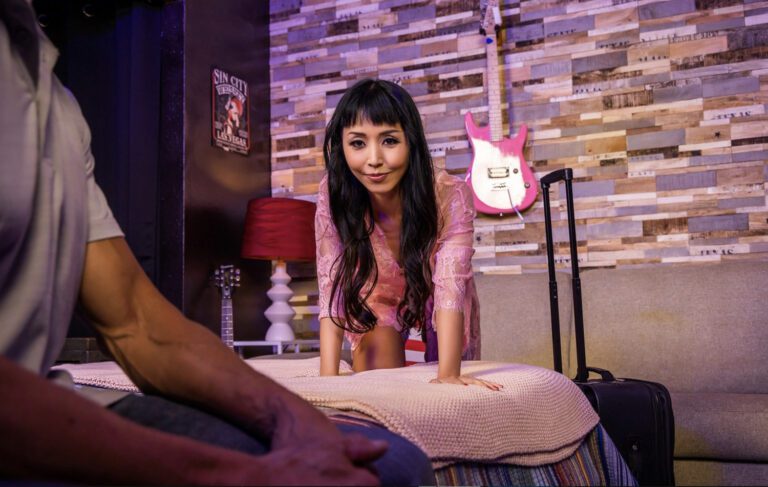 Late last week, Marica Hase’s latest scene for MilfVR, “Laying Down the Sister-In-Law,” debuted, and it’s already gone viral…maybe because having sex with your sister-in-law is a huge fantasy for many men. In the scene, Marica needs a place to stay to escape her cheating husband and all the drama. You offer her the guest room because she’s family. Marica makes herself comfortable in some sexy pink lingerie, which surprises you. Your wife heads back to bed, but you make sure Marica has everything she needs, including your big dick. The fantasy is becoming a reality as you fuck your wife’s adorable Asian sister and finish all over her face.

“I really like filming VR scenes—it’s a lot of fun, and there’s usually some dialogue/acting. My fans love it because they feel like they’re really with me. It’s the closest they can get to it besides buying one of Fleshlight Pro,” says Marica Hase.

Watch the trailer and MilfVR exclusive scene for “Laying Down the Sister-In-Law” at milfvr.com/laying-down-the-sister-in-law-6323855.

Get Marica on your set by contacting Mark Spiegler at mark@spieglergirls.com or 818.326.5403. Book her for feature dancing through A-List alistfeatures.com and Centerfolds Strips centerfoldstrips.com.

To interview Marica Hase for your site, publication, or show, contact Erika Icon of The Rub PR at erika@therubpr.com.