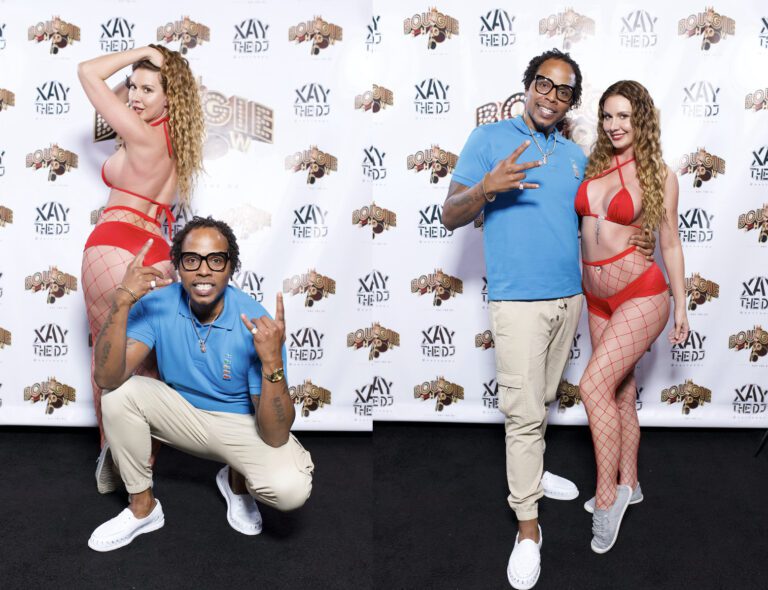 Marina Valmont did many interviews in between interviewing adult stars and creators for Naked News and repping the Tempted platform. But her interview with The Bougie Show was legendary. It opens with host Xay the DJ referring to her as a “certified cutie and all about the nudity.” The two chop it up about Marina getting into doing girl/girl and looking for the first woman to pop her cherry…on camera, as well as getting legit offers to be in adult films. Marina talks about being naked and how it’s empowering, not concerning herself with others’ opinions, and attending lifestyle and swinger events. She also talks about her regime for keeping her hot body, what she would have done if she had joined the industry sooner, and her heated dildo and sex dolls. The 21-minute interview was without a doubt a learning experience for the host—the best part was when Marina threatened to flash him and left him flustered at the end.

“This was a fun interview—I loved teasing Xay and leaving him speechless! You’ll learn a lot about me, whether you’re a loyal fan or a new one. After you watch, hit the ‘thumbs up’ button and leave a comment below, like many people have already,” says Marina Valmont.

Interview Marina Valmont for your site, publication, or show by contacting Erika Icon of The Rub PR at erika@therubpr.com.

Bubbly bronzed-haired Canadian bombshell of Russian and French heritage Marina Valmont is all about the sexy lifestyle and loves to be in front of the camera—she’s a producer of Naked News Live and one of their most popular anchors, as a well as a Tempted’s Creative producer and ambassador, a Twitch streamer (with over 750k views) and TikTok viral sensation (her top TikTok has over 1.1 million views), social media personality, influencer, and naturist. Marina got her start with iconic Canadian news and entertainment website, Naked News, in 2012 after a successful audition. As an anchor, she’s known for exuding sexuality and her quirky sense of humor, and she’s traveled the globe filming topless/nude, hosting events, and interviewing fascinating people in NYC, Vegas, Miami, Mexico, Jamaica, and Amsterdam. 2018 brought further world fame as she graced the pages of Playboy Czech and scored the title Miss April.

Before becoming a famed presenter, she modeled and danced in NYC, Vegas, and San Francisco, was a promo model and Budweiser Girl, posed for calendars and at car shows, was body painted multiple times at the Playboy Mansion, and competed in pageants. More than just a pretty face, Marina has a brown belt in Tae Kwon Do and is a huge proponent of mental health. She’s a Batman fan, her favorite characters to cosplay are Batgirl and Harley Quinn, and she enjoys attending Comic-Cons.

Keep up with her sexy globetrotting adventures by following her on Twitter, Instagram, Snapchat, and Twitch at @MarinaValmont and TikTok at @iammarinavalmont. Subscribe to her life vlog aka YouTube Channel youtube.com/c/MarinaValmont. Look for the launch of her official site marinavalmont.com later in 2022. Watch her exclusive videos and high-energy weekly live shows and see her uncensored photos by becoming a member of her Tempted fan page tempted.com/profile/MarinaValmont. And find all her links in one place at instabio.cc/21125jH99RV.