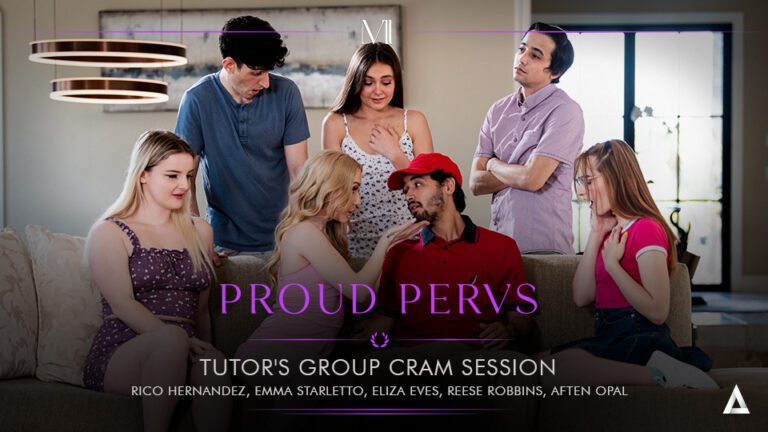 “It’s something we of course would NEVER want to have happen in our personal lives – the embarrassment and consequences would be unthinkable – but in our fantasies, the idea of getting away with it and nobody minding or caring makes us feel so naughty.

It’s something we love exploring in Proud Pervs, and this latest release is a deep dish worth savoring! We think fans are gonna love watching Emma go from all-dressed to un-dressed and feeding her extra-large appetite for Rico!”