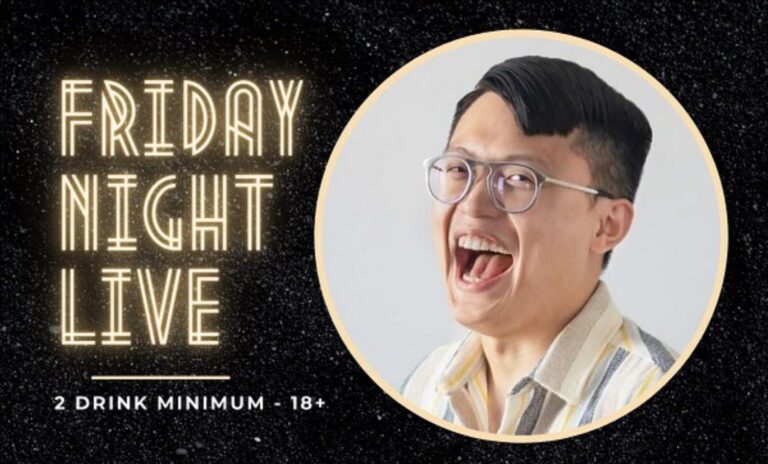 (Hollywood, CA) Taiwanese-born award-winning adult film director for Delphine Films Bloomer Yang goes by Oliver Wong when he does comedy and his hit podcast, “Get Intimate with Oliver Wong.” On Friday night, he’s getting in one more comedy show for 2022 and appearing at Friday Night Live at The Comedy Chateau.

This Friday, December 30th, you get one more chance to see Oliver Wong do stand-up at The Comedy Chateau in North Hollywood. The Friday Night Live Show features Oliver and a stellar line-up of comedians, including Jimmy Brogan, Dave Nihill, Omid Singh, Sarah Hyland-Rosenstein, Miles Anthony Garrison, and more. The show starts at 7:30pm, and doors open at 7pm. Get your tickets online at thecomedychateau.com. Use the coupon code OLIVER and get free admission to the show.

“I’m excited to be appearing at The Chateau! I’m finishing the year with a bang and know 2023 will be even better. It’s the last Friday of 2022, so come see me do stand-up, enjoy some adult beverages, and have a great time,” says Oliver Wong.

The Comedy Chateau is located 4615 Lankershim Blvd. in North Hollywood. Club is 18+ with ID. There’s a two-drink minimum and a full menu of food and libations. Find out more about the venue at thecomedychateau.com.