Onyx Muse To Appear at EXXXOTICA New Jersey This Weekend 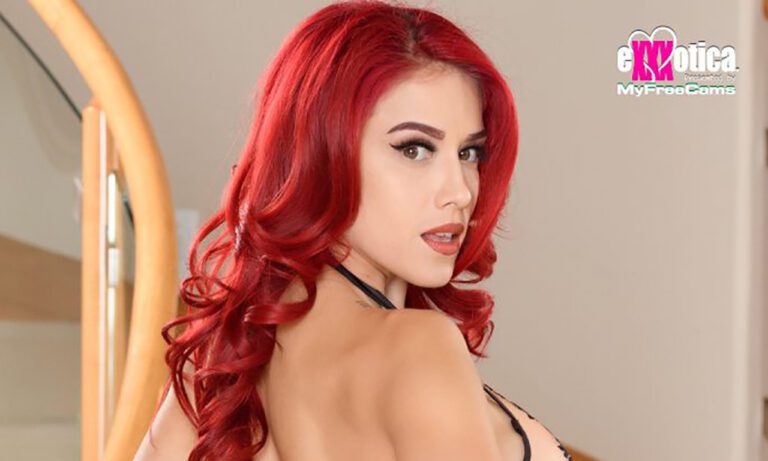 Share
Facebook Twitter LinkedIn Pinterest Email
(EDISON, NJ. / October 20, 2022) — Adult film star, feature dancer and cannabis advocate Onyx Muse is thrilled to announce that she will greet fans at this weekend’s New Jersey EXXXOTICA Expo, to be held Friday, October 21st through Sunday, October 23.
At booth #915, the knockout will be joined by reps from New Jersey’s own premium cannabis store, CBD Headquarters, at the three-day EXXXOTICA Expo in Edison, New Jersey, the largest adult event in the country.
Muse explained her connection to the cannabis industry: “During the pandemic, I spent lot of time on Clubhouse where I was often in the cannabis rooms. I attracted many different people that were involved with cannabis brands with my risqué profile! From these relationships, I was eventually introduced to CBD Headquarters, an east coast store with the largest CBD selection.
“This amazing company seized the opportunity to collaborate at the EXXXOTICA Expo where we have a booth together which includes my signing area and features their amazing products.
“As much as I would love to be at one of the major adult networks, personally I love that I can be with a cannabis enterpise that is so much a part of my brand persona. I am a huge cannabis enthusiast and activist for the community, so this is a significant combination for an expo for the adult entertainment and cannabis community.”
The EXXXOTICA Expo will be held at The New Jersey Convention & Exposition Center, 97 Sunfield Ave, Edison NJ, 08837.
Muse’s hours on the show floor, signing autographs and posing for photos with fans, will be: Saturday 2 pm to 10 pm, and Sunday from 1pm to 6 pm.
Onyx Muse enthusiasts looking for tickets and additional event information can find it on the show’s official website:  http://exxxoticaexpo.com/.
For more information on the EXXXOTICA Expo, follow them on Twitter: @EXXXOTICA.