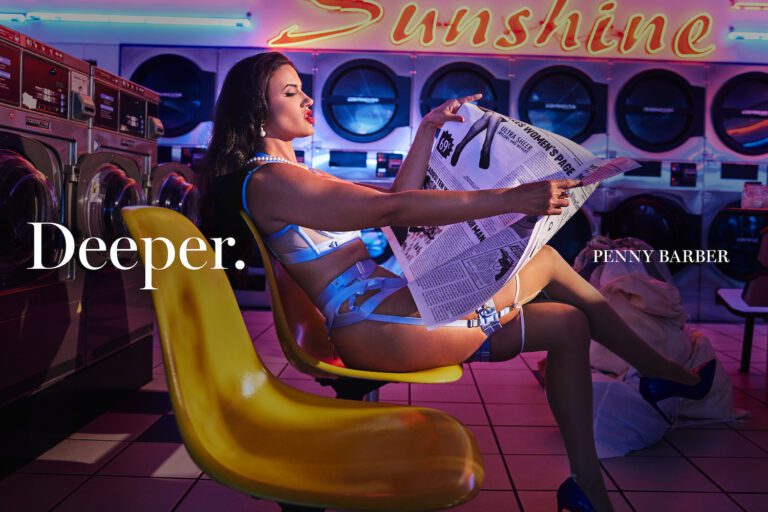 (San Francisco, CA) Kinky Mommy Dom and Strap-on Boss Penny Barber makes her long-awaited Deeper debut today, and it’s a scene her fans will be talking about for some time.

Penny Barber makes her Deeper debut today in the scene “Tumble” with Manuel Ferrara, directed by Kayden Kross. The scene opens with Penny reading a newspaper, dressed 1950s woman with rollers in her hair slightly hidden by a giant scarf, a khaki ensemble, and staked platform heels. She checks out Manuel Ferrara, who’s wearing a suit and also doing his laundry. But Penny looks away when he catches her. Much later that day, she comes back in a houndstooth overcoat with pearl jewelry and heels to finish her laundry. As soon as the last patron leaves, Penny slips off her coat to reveal a light blue Honey Birdette lingerie ensemble, sits on top of a washer with a come-hither look, and asks Manuel what he’s waiting for. Manuel tells her he’s not waiting but just enjoying the view, and it’s on. The two have sex all over the laundromat in every way possible.

“I’m so glad the scene is finally out. My fans keep asking me and today is the day. I really enjoyed working with Kayden and Manuel. The script of a silent seduction playing out in plain sight in a retro laundromat was really hot. The scene looks incredible, and I had a great time filming it,” says Penny Barber.

Watch the trailer with the haunting retro song “Not for Nothin’” and the full scene for “Tumble” at  deeper.com/videos/tumble. Make sure to give it a 10 out of 10 rating.

To get Penny on your set, email her at miss.penny.barber@gmail.com with the scene type, what’s entailed, and rate of pay. She’s independent, so there are no booking fees.

Interview Penny Barber for your site, show, or publication by contacting Erika Icon of The Rub PR at erika@therubpr.com. 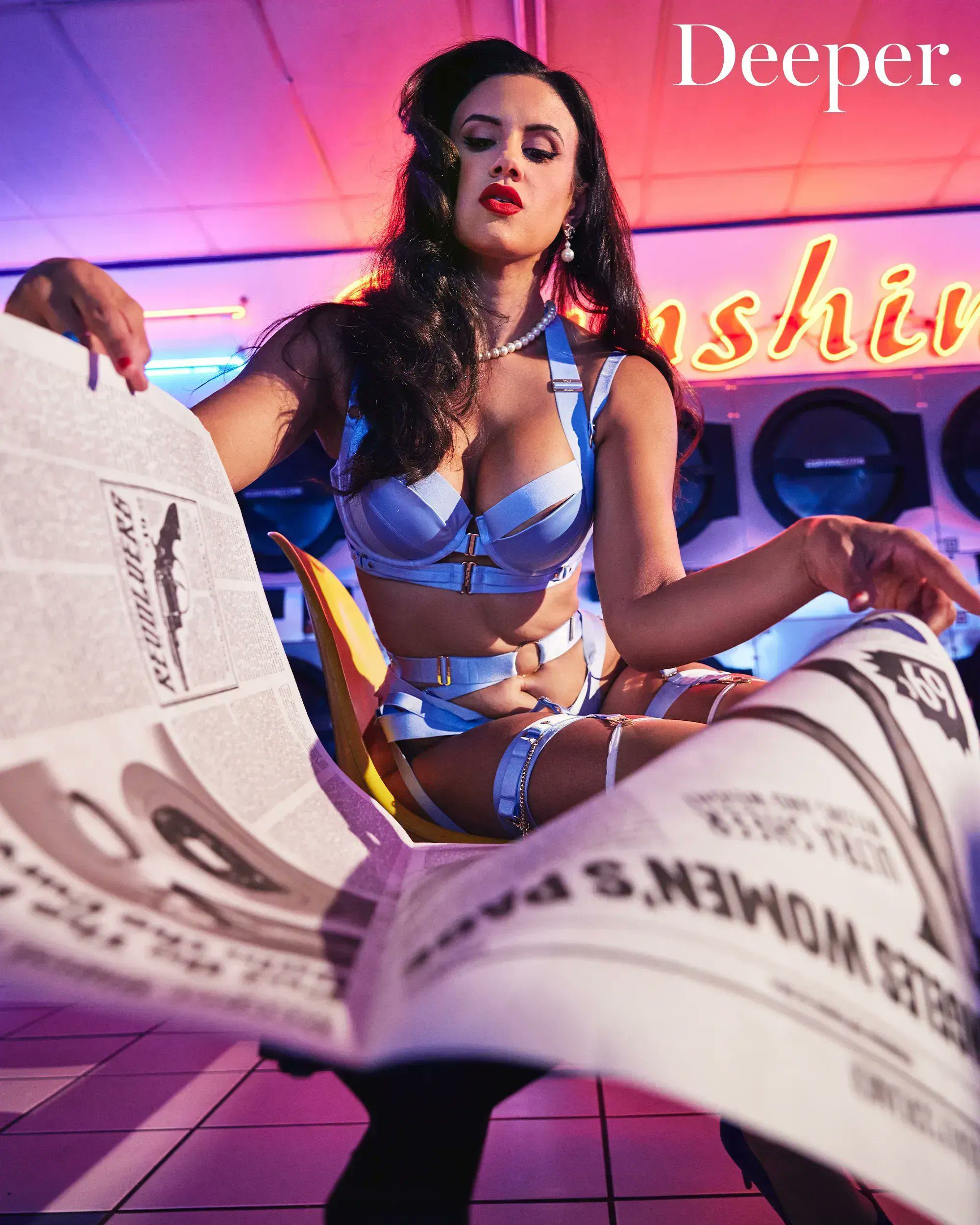