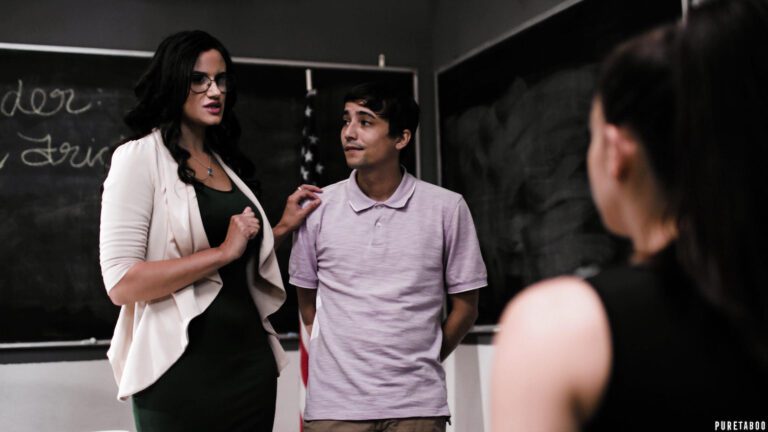 In one of her most duplicitous roles yet, Penny Barber plays Ms. Hensley, a teacher who has a solution for her student Sandra’s (Sophia Burns) slipping grades due to her cheerleading practice, in her newest scene, “Nothing’s Too Good for My Boy,” from Pure Taboo. Ms. Hensley’s son Isaac (Ricky Spanish) can tutor Sandra, which is a relief to Sandra and to Ms. Hensley for very different reasons. The next day Sandra shows up for tutoring and Isaac gets very hands-on with her, but Sandra writes it off as if he’s just trying to help her. After a while, Sandra figures out something isn’t right and asks what’s going on. Ms. Hensley explains she likes to set Isaac up with “nice girls,” and her grades will improve, and she won’t have to quit the cheerleading squad if Sandra follows the plan. Sandra agrees but is nervous since she’s a virgin, but Ms. Hensley reassures her by telling her Isaac loves virgins. Watch the trailer and scene for “Nothing’s Too Good for My Boy” at

“I usually play the role of a shy woman or some other nice character. But playing Ms. Hensley let me take a very different kind of character, and I like taking on a duplicitous role like this. My fans and the Adult Time members get to see my acting range is vast, and I hope they enjoy the scene and ask for more like it,” says Penny Barber. 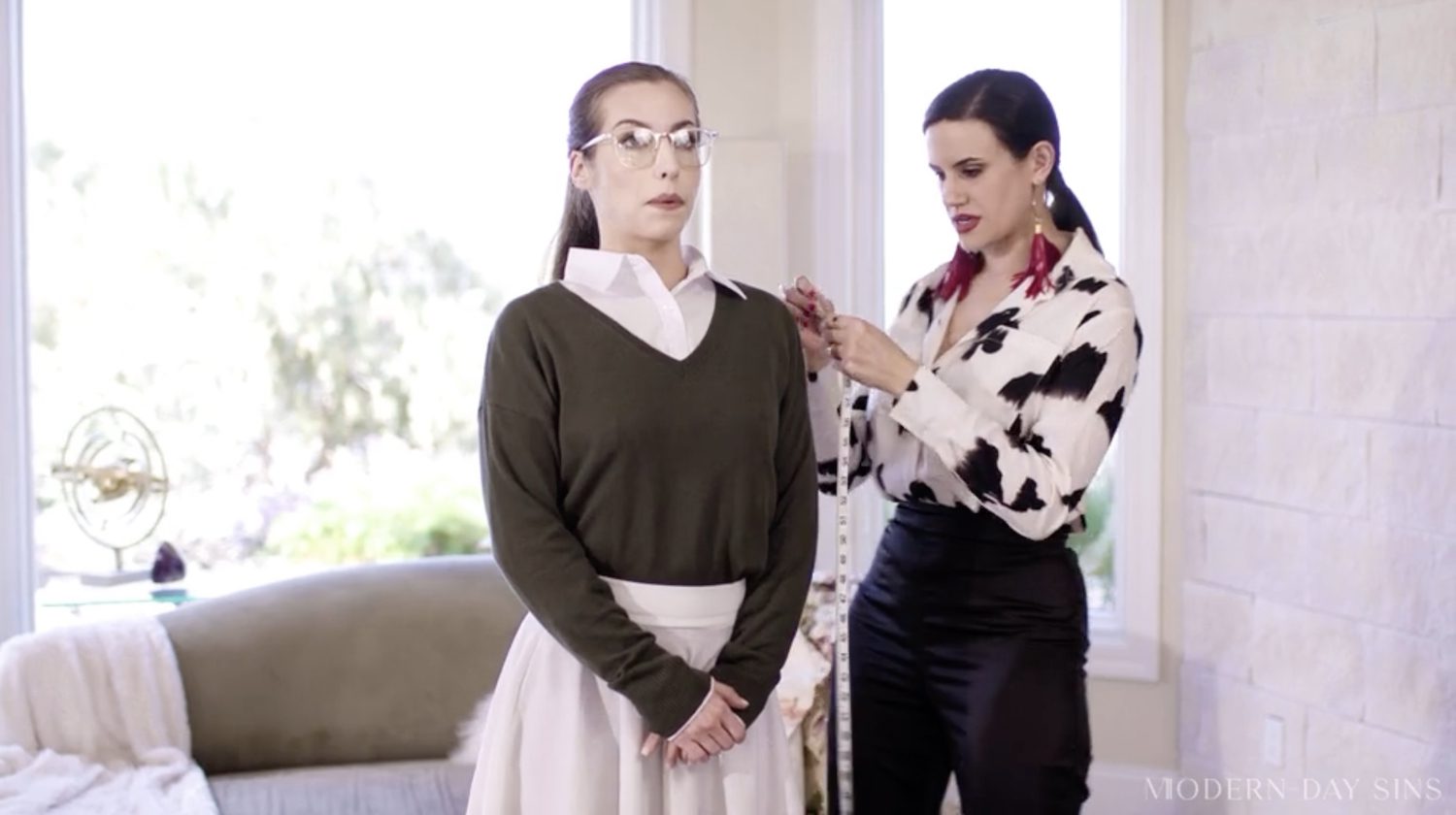 Penny stars in another scene that’s part of the Adult Time network, and it’s for Modern Day Sins. In “Idle Fantasies: Center of Attention,” Penny is a fashion designer hired to make an outfit for an upcoming event by shy scientist Spencer. Penny lusts after her immediately, even though she tries to keep it professional. But then Penny decides to seduce her to get her to come out of her shell. While measuring Spencer, Penny gets her to strip down to her bra and panties. And when Penny turns up the heat, Spencer puts her reservations aside and welcomes the sexual exchange, especially the strap-on Penny uses. See the trailer and member-exclusive for “Idle Fantasies: Center of Attention” at moderndaysins.com/en/video/moderndaysins/Idle-Fantasies-Center-Of-Attention/198347.

To get Penny on your set, email her at [email protected] with the scene type, what’s entailed, and rate of pay. She’s independent, so there are no booking fees.

Interview Penny Barber for your site, show, or publication by contacting Erika Icon of The Rub PR at [email protected]. 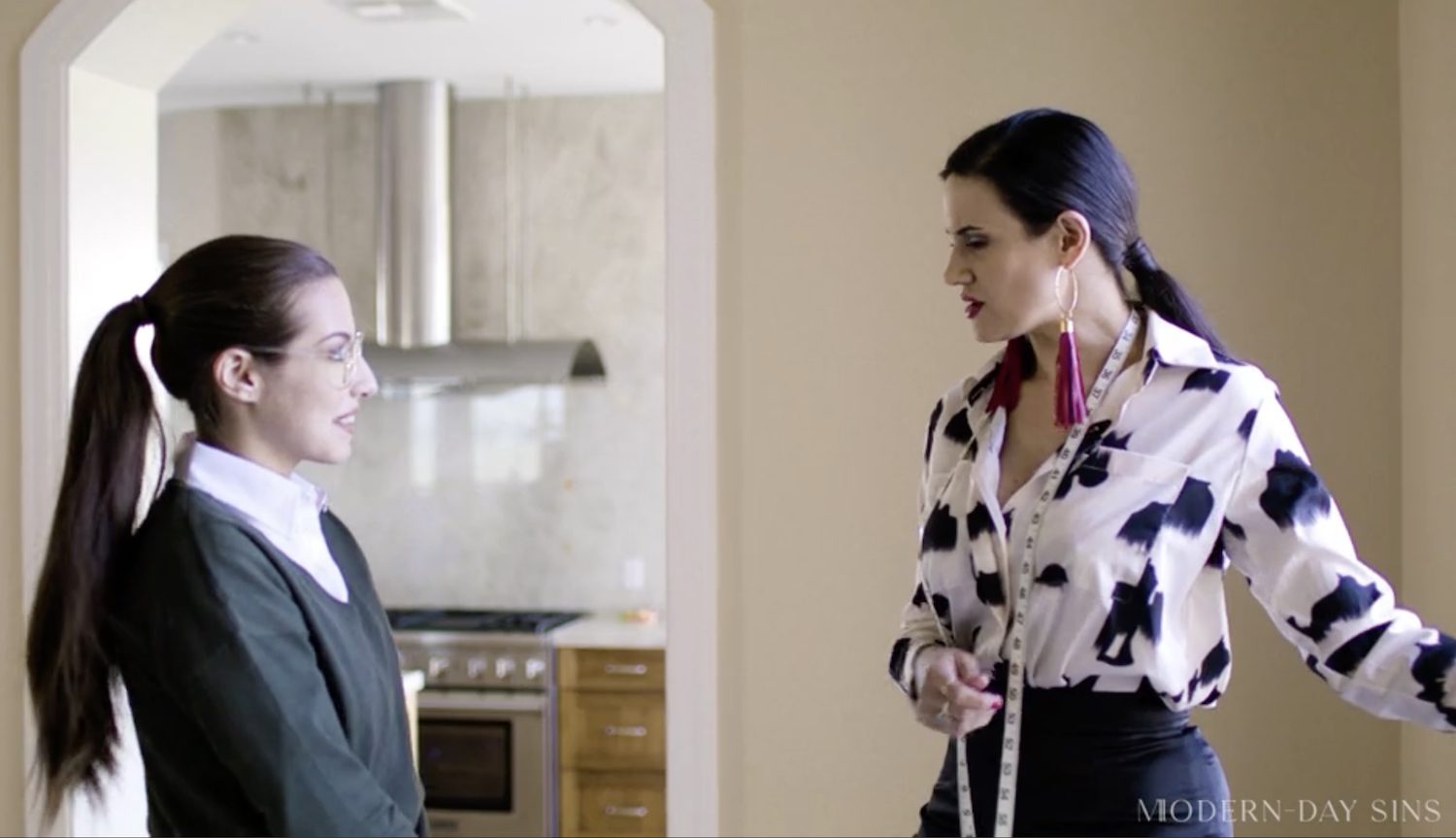