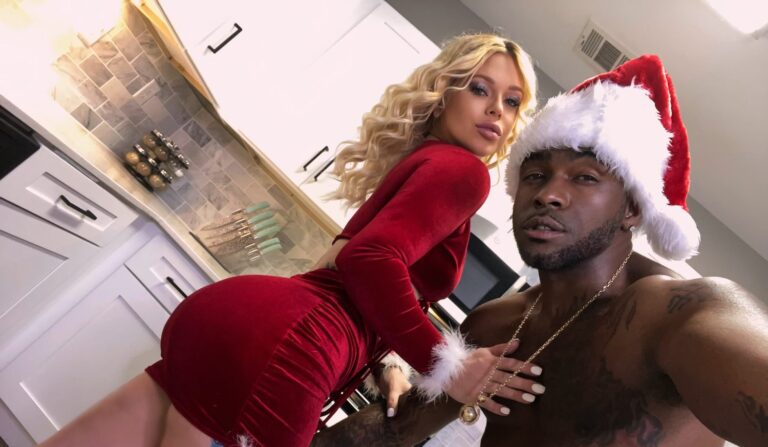 Rome Major got what he wanted this year, and it’s Paris Banks under his Christmas tree. In “Santa Brought the Perfect Present,” available on OnlyFans, Paris is home wearing a stunning, hip-curving dark red dress preparing for Christmas when Santa drops by in the form of Rome Major. He’s wearing white pants and a Santa hat while showing off his muscular physique and tattoos. Of course, it’s just what Paris wanted, and Santa and her fuck all over the kitchen and on the countertops. Also included in the hot holiday action is a sloppy blowjob that makes Santa merry and bright, champion pussy eating courtesy of Santa, and it all ends with a creamy finish on Paris’ face and in her mouth.

“Rome’s wish came true, ad it was me under his Christmas tree! I wonder if he’ll get just as lucky next year. The scene is pure fire, and it’s available exclusively on my OnlyFans, so now is the time to subscribe if you haven’t already,” says Paris Banks. 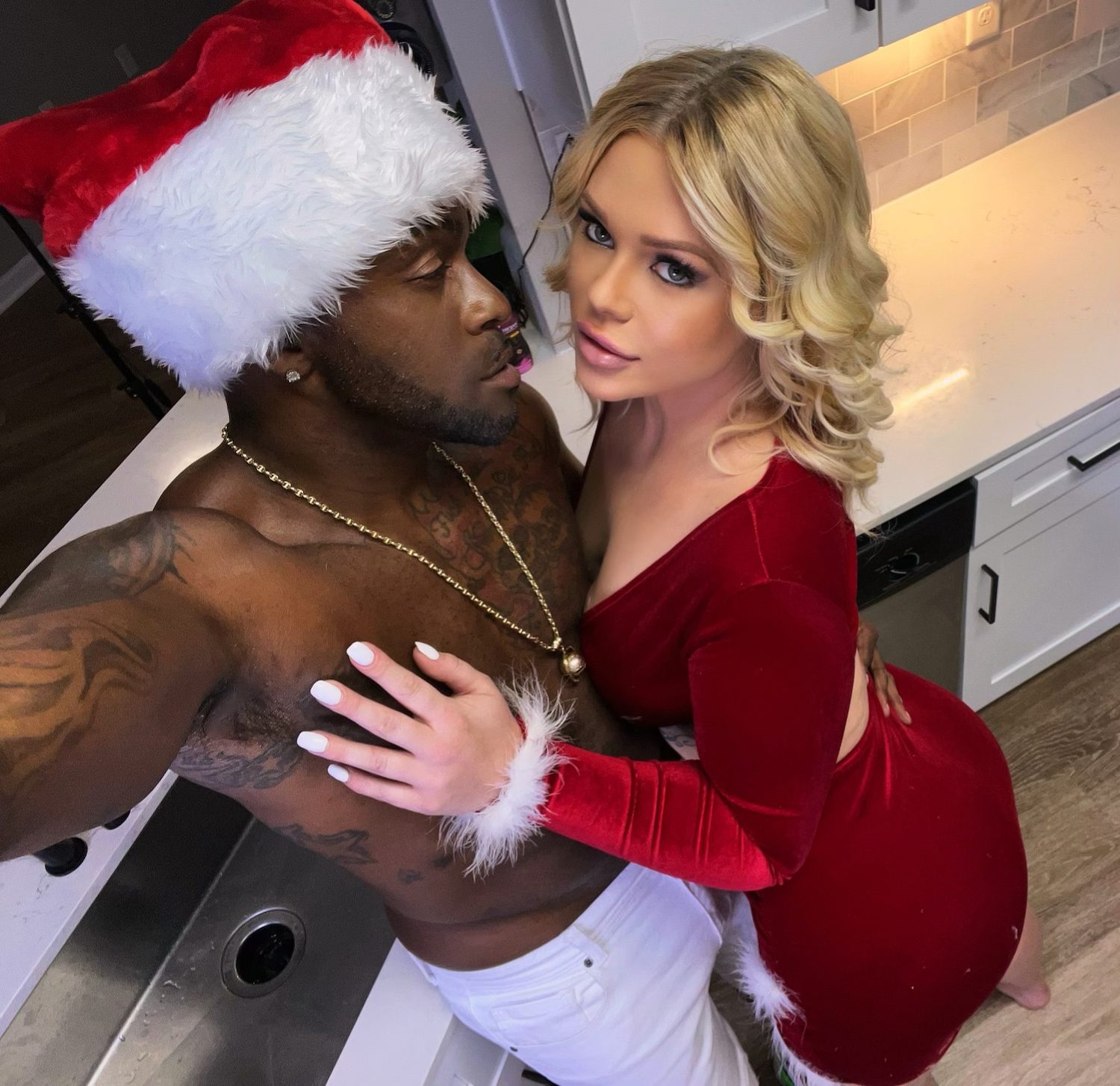 To interview Paris Banks for your site, publication, or show, contact Erika Icon of The Rub PR at erika@therubpr.com.

Paris Banks is the curvaceous, busty blonde, bootylicious MILF with colorful tats. Before entering the adult arena, Paris was a stripper named Paris Couture. Two years ago, after the first scene was filmed with FreakMob Media, she changed her name to Paris Banks to elevate her boss lady status and also since she loves long walks with her sugar daddy to the bank. Paris has also worked with BangBros and Pawged. Most of her filming is for her OnlyFans onlyfans.com/parisbanks_xxx, which has landed her in the top 1.6% of creators. In 2022, Paris received her first industry nomination from the Urban X Awards for Hottest Inked Star.

When Paris isn’t on set, she has a lot of passions. She’s a survivor and a huge advocate for domestic violence. For fun she loves to get an adrenaline rush riding four wheelers or her Honda CR500 motorcycle. Paris also enjoys time with her girls shopping, getting her hair and nails done, and spa days, when she’s not hitting the books to earn her Mass Media college degree.