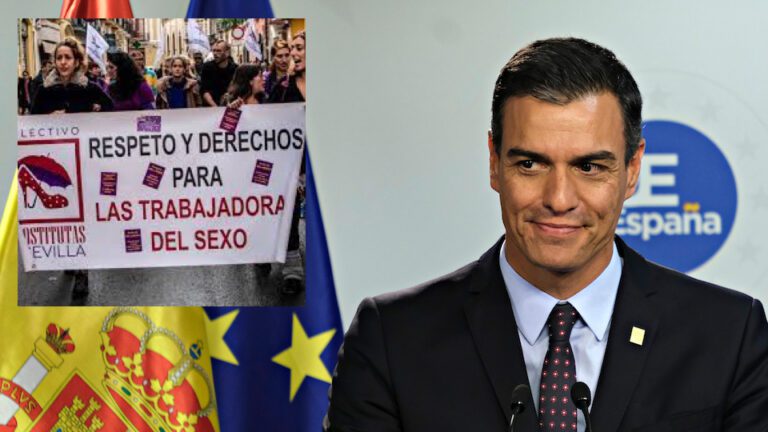 MADRID — Spanish sex workers and adult industry figures are sounding the alarm about a proposed new law, supported by politicians from both the ruling and opposition parties, aiming to outlaw all forms of paid sex work — including commercial pornography.

Last week, the ruling Spanish Socialist Workers’ Party, known as PSOE, introduced a proposal for an “abolitionist law against sexual exploitation,” something that had been included in the party’s platform.

Prominent politicians within PSOE, which took power in 2019 after several years of conservative rule under the Partido Popular, have taken up the abolition of sex work as their personal cause. These include the party’s General Vice-Secretary Adriana Lastra, who last month took to the press to promote a change in the Spanish penal code to mandate up to three years of jail time for anyone paying for sex.

Lastra framed the effort as an attempt to reach out to the right, saying she hoped both the conservative PP and the left-wing minority alliance, Unidas Podemos, would vote for it.

The proposed legislation would revive the crimes of “proxenetism,” meaning pimping or pandering, and “tercería locativa”  or brothel keeping. Both were removed from the penal code in 1995 by a previous Socialist administration.

The language used by the PSOE exclusively uses the Spanish feminine “prostituta,” which is both stigmatizing and criminalizing, and also essentializes sex work as a female occupation.

The law also conflates legal minors with the much vaguer “persons in situation of vulnerability,” which could be deployed by authorities to apply to whomever they wish.

Prime Minister Pedro Sánchez has actively campaigned for “the abolition of prostitution,” including during the most recent PSOE convention, in Valencia last October.

Last month, PSOE attempted to sneak the new criminalization provision into a popular “Sólo Sí Es Sí” (“Only Yes Means Yes”) sexual consent law. A last-minute amendment outlawing sex work was requested by the conservative PP and Sánchez negotiated to slap it onto that much less controversial law, behind the backs of the minority parties that are part of his legislative alliance.

However, those parties — Unidas Podemos, ERC and Bildu — threatened to “vote against the entire ‘Sólo Sí Es Sí’ law if it included the PP-driven anti-sex-work amendment,” government sources leaked to the press.

PSOE decided to remove the amendment and reintroduce the abolitionist reform on its own. The ruling party also has shown a strange desire to rush the process “as soon as possible,” government sources confirmed to El Español.

Lastra told the press that Spain “must be a dignified country” and cannot continue “turning a blind eye to this grave violation of human rights.”

According to the PSOE, anyone who opposes to the party’s extreme Nordic Model reform is on the side of the “exploitation of women” and against “human rights.”

“This International Sex Workers Day, I want to take the opportunity to express my unconditional support to all sex performers currently based in Spain, where the government is once again threatening their safety with prohibitionist bills that claim to ‘protect their rights,’” Lust tweeted.

“What is presented as an effort to stop exploitation and violence in defense of human rights, in particular women’s rights, ends up being the main source of violence, precariousness and lack of protection for all sex workers — who are already vulnerable as it is,” the Barcelona-based feminist filmmaker continued.

She quoted fellow pornographer and FSC Europe activist, Spanish-born Paulita Pappel, in noting that “sex work is only safe when it is decriminalized, and pornography is artistic expression and thus a right under freedom of speech.”

Pappel herself issued an impassioned video through her social media explaining the background of the government’s attack on consensual sex work and urging support for the voices of actual sex workers and adult industry stakeholders.