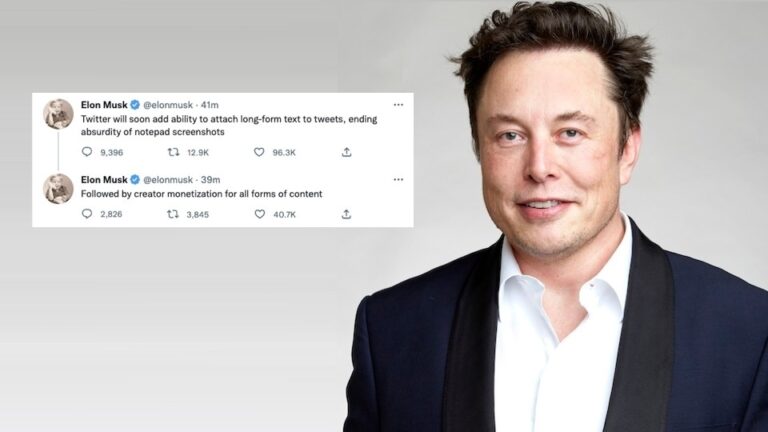 LOS ANGELES — Twitter owner Elon Musk announced today that he will soon implement “creator monetization for all forms of content” on the platform.

Musk announced the development via tweet this afternoon, on a thread that also included the announcement that soon Twitter will “add ability to attach long-form text to tweets, ending absurdity of notepad screenshots.”

Asked by a user about the timeline for these changes, Musk replied that details would be available in two weeks.

Several mainstream media outlets, including the Washington Post, had speculated in the last few weeks that Musk was working “on paid-video feature with ‘high’ risk” content, which was understood to include adult content.

On Tuesday, the Post reported on a leaked internal memo showing that Twitter was “working on a feature that would let people post videos and charge users to view them, with the company taking a cut of the proceeds.”

Twitter Product Trust team, the Post continued, had “identified the risk as high,” citing “risks related to copyrighted content, creator/user trust issues, and legal compliance.” The email also said “the feature will undergo a brief internal review on those issues before moving forward.”

Brittany Andrews Headed to DC for Last EXXXOTICA of 2022

Lauren Phillips Jets to DC for Last EXXXOTICA of 2022