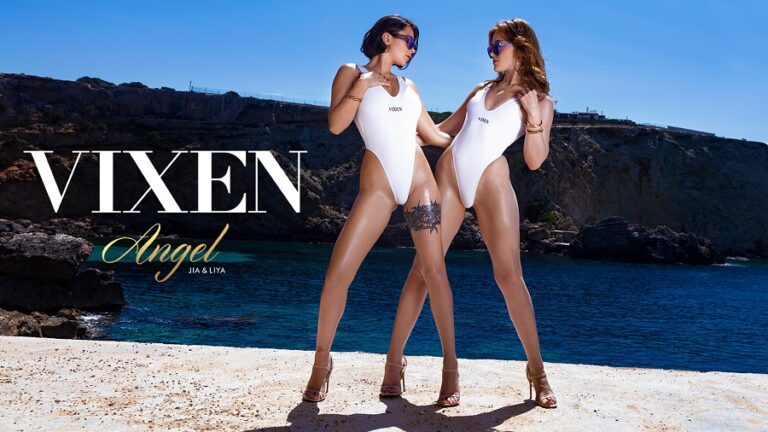 Share
Facebook Twitter LinkedIn Pinterest Email
LOS ANGELES (July 22, 2022) – Vixen Media Group (VMG), the leader in luxury adult entertainment, today announced the first double crowning of its newest Vixen Angels, Jia Lissa and Liya Silver, in addition to a new milestone – the company’s first, international crowning event.
2020 XBIZ Europa Awards Female Performer of the Year and industry treasure, Jia Lissa exploded onto the scene with her first appearance on Vixen in 2018 and has performed several career debuts across the company’s network of brands including Blacked and Tushy. In 2021 the starlet propelled herself into her first ever series based project “Jia” – a VMG four part crossover showcase. The piece highlights luxury international locations with scenes on Vixen, Blacked and Tushy. Aside from her adult industry success, Jia is also a singer and songwriter, and her track, “Between the Noises,” produced by Romero Mralien, is uniquely featured in the soundtrack to her Vixen Angel promotional video.
“I’m so happy to be a part of the Vixen family. It was one of my biggest dreams to become a Vixen Angel,” said Jia. “When the moment of the announcement came, I felt so overwhelmed that my eyes just filled with tears. It was a surreal experience that I will never forget.”
Liya Silver, European sensation and industry fan favorite shot her very first scene with VMG in 2018 on Tushy and has taken the adult entertainment industry by storm ever since. Around the globe, Liya has filmed for VMG’s portfolio of brands Vixen, Blacked, Tushy, Blacked Raw, and Tushy Raw in a variety of prestigious destinations including the French Alps where the veteran skier had the opportunity to show off her skills on the slopes in “Après-Ski” for Tushy. The multi-talented beauty has fast become one of the most in-demand models to date.
“I’m very grateful to Vixen for the opportunity to explore my creativity,” said Liya. “And the Vixen Angel necklace around my neck solidifies that I’m doing it with the best team possible.”
This unique one-of-a-kind crowning event not only celebrates Jia & Liya’s individual achievements, but celebrates their long-standing friendship, as they both started their adult careers together exclusively with Vixen Media Group.  Having traveled the world together to the most sought-after destinations, the pair have a special bond and natural chemistry that lights up the screen. The scintillating duo have filmed several times together including scenes together for Vixen & Blacked.
“This is one of the most unique moments to date, and one which I’m incredibly proud of.” said Director Julia Grandi.  “Not one, but two of my long-time favorite models have been crowned as Vixen Angels – a success we could have only dreamt of, back when we shot their first scenes.”
The memorable double- crowning ceremony took place, cliffside during golden hour and was presented by Vixen Angels Vicki Chase, Gianna Dior and 2022’s most recent Angel, Allie Nicole, alongside a group of European talent, crew and company leadership to celebrate and welcome the two new Angels.
Be sure to follow Vixen on Twitter and Instagram for exclusive updates on our Vixen Angel program To learn more about Vixen Media Group, visit  vixengroup.com.
About Vixen Media Group
Founded in 2014, Vixen Media Group is the premier online destination for exclusive and luxury adult content. Featured in Rolling Stone, Forbes, The Daily Beast, BuzzFeed, Men’s Health, Vice and other outlets, Vixen Media Group’s network of branded websites have more than 30 million visitors each month with more than nine million Instagram followers. Its innovative studios – Vixen, Blacked, Tushy, Deeper and Slayed – have earned more than 100 awards. To learn more, visit vixengroup.com.
BSG PR
Brian S. Gross
818-340-4422
brian@bsgpr.com
@bsgpr
###
Jia Lissa Liya Silver Vixen Media Group VMG
Share. Facebook Twitter Pinterest LinkedIn Tumblr Email
Previous ArticleWill Pounder is a Holdout Juror in Pure Taboo’s ‘Trust the Process’
Next Article GoAskAlex Talks Compassion, Judgment in New Article for Sex Work CEO Blog