(Orlando, FL) Orlando, Florida’s premiere fetish model and co-host of Demon Seed Radio, Whitney Morgan, is ready to take over the City of Sin with multiple signings at Adult Entertainment Expo (AEE), live broadcasts of her podcast Demon Seed Radio, and to walk the red carpet and attend the AVN Awards as a nominee.

Whitney Morgan is very excited to meet her fans and hang out with her industry friends during four days of events in Las Vegas for AEE and the AVN Awards from Wednesday, January 4th, through Saturday, January 7th. She’s set to sign at her talent agency’s booth Coxxx Models’ booth Wednesday through Saturday from 12pm to 2pm. Fans can snap a selfie with Whitney, get her autograph, and buy her collectors cards and signed copies of the November 2022 Hustler she’s featured in. Look for her banner in Coxxx’s booth in the Blossom Ballroom, located on the second-floor meeting rooms in Resorts World.

Whitney and her host/producer Bobby Genital of Demon Seed Radio will be live broadcasting and recording content for future shows from the tradeshow—and they’re looking forward to interviewing a wild variety of performers, directors, creators, cam models, and more. Their podcast was recently nominated for Favorite Adult Podcast in the 2023 AVN Awards. Fans of Whitney and the show can #rockthevote daily through January 7th at avn.com/awards/voting/favorite-adult-podcast.

AEE show hours are Wednesday through Friday, 12pm to 8pm and Saturday 11am to 4pm. The first hour of each day is only for VIP ticket holders. Fans can purchase tickets and find out more about all the events and parties at fan.adultentertainmentexpo.com.

On Saturday night, Whitey will walk the star-studded red carpet with Bobby G and then attend the awards starting at 8pm. Both are taking place at the Theater in Resorts World. Fans can buy tickets to the awards show at avn.com/awards.

“I’m so glad that AEE and the AVN Awards are back! It’s been too long, and we’re going to have a blast meeting fans, interviewing guests, and walking the red carpet at the awards as nominees. I appreciate my fans, especially the ones that vote for us every day,” says Whitney Morgan.

To interview Whitney Morgan at AEE in Vegas for your site, publication, or show, contact Erika Icon of The Rub PR at erika@therubpr.com.

Whitney Morgan is the Co-host of Demon Seed Radio and Orlando, Florida’s premiere fetish model and lifestyle fetishist specializing in all kinds of crazy kinks featuring her love of latex, bondage, feet, tickling, and all that is bizarre. She started her career on her 18th birthday doing burlesque before entering the adult arena. 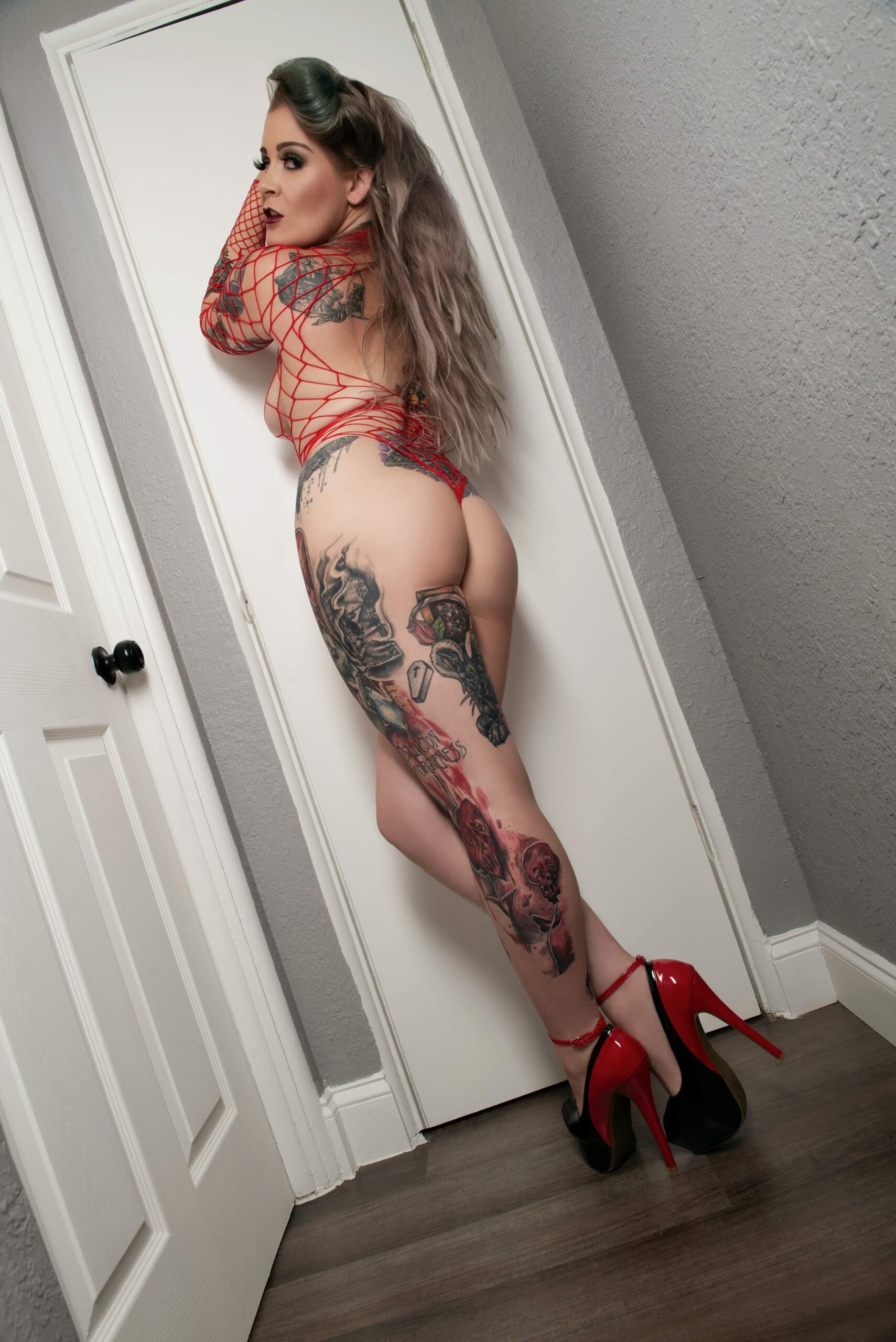 In 2012, she founded the highly successful show Taboo Fetish Talk, an outlet for her fans to express their wildest fetish fantasies with like-minded kinksters without judgment. The final episode aired in 2015, paving the way for Whitney to join forces with Demon Seed Radio.

Whitney has been a featured model and cover girl for Alternative Revolution, Lingerie, Stockings & Heels, Dream Angel, Delicious Dolls, Draculina, and Bizarre magazines, as well as being featured in Don Cross’ Special Edition Prints. Additionally, she was dubbed Ronnie the Limo Driver’s (aka Ronnie Mund) Hot Chick of the week (#HCOTW) in 2016.

Whitney has scored multiple nominations for being a clips star and model, including an XBIZ Cam Awards nomination for Best Fetish Clip Artist, AVN Fan Awards nom for Fave Indie Clip Star and Best Adult Podcast for Demon Seed Radio, and Inked Awards’ for Perfect Pussy, Best Female Clip Artist. But one of her greatest honors was being inducted into Gross Misconduct Live’s Grossy Hall of Fame in 2018.