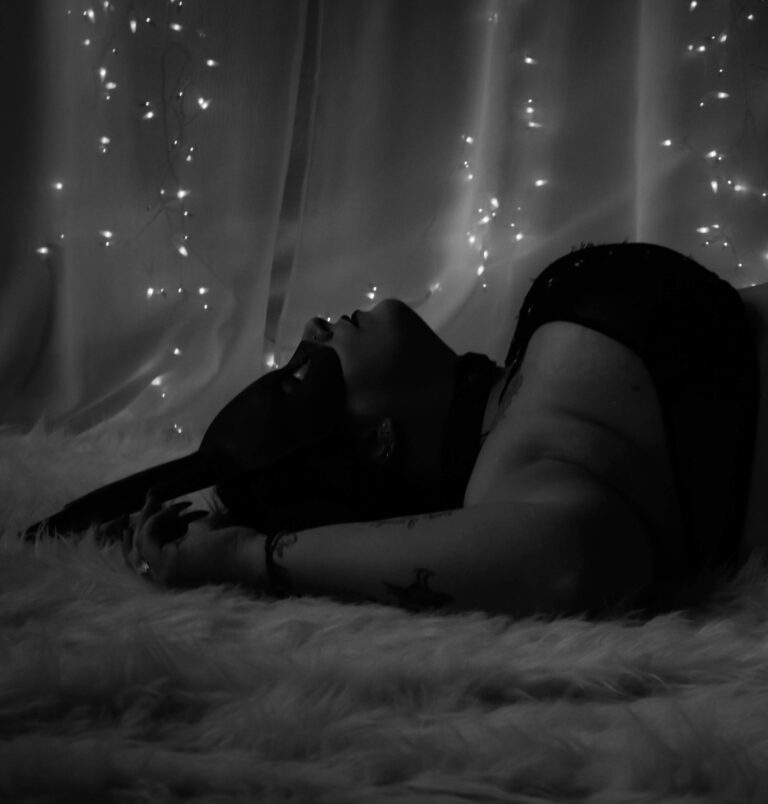 Being kinda controlling, dominate is who I am. It drips off of me and runs it’s course through my veins. It’s not uncommon to have people think I’m just a bitch but on one evening it was welcomed, challenged and topped.

When someone has that kind of energy it is easy for me to spot them. Their body chemistry makes me smell different to me and that was the first thing I noticed about him. His smell. A mix of woods, sweat and an the underlining smell of musk from whatever cologne he was wearing. We weren’t sitting close to each other but, when your energy is that high you emote and why his smell hung heavy in the air.

On this particular night I didn’t dress for the action I was looking for. Jeans and a black tank top but, as for me that is always enough since my chest could always do the talking, if you get my point.

I only went out for a drink, just one maybe two to release the tension of the day. I’m a firm believer that the Universe always puts people in your path that you need and apparently he was I needed at the moment. We exchanged hard stares over the bar. It was hard not to stay locked into his stare and I could tell he was trying….

I watched his expression change as I stood up, kinda a small smirk on his face thinking I was going to walk over to him but, I walked passed him and stepped outside for some air and a cigarette. I heard the door open behind me and I knew it was him and his delicious smell.

When there is two people which the same kind of energy the air changes and you can feel the fight for dominance. I kept my back to him which I knew was probably pissing him off and that made me smile.

“You just planning on being a brat?”

Now let me strongly say that any other time that would have sent me into an rage. But, the tone of his voice caused me to tilt my head and look at him through the corner of my eye. I knew my silence was causing him to boil and I didn’t have much to say, at the moment.

I leaned up against the railing of the small patio and felt him step closer behind me. I can’t lie, excitement of the exchanges was causing my body to tingle and throb. I guess I was more hungry than I thought.

His tone has changed but, not by much but, just a bit of softer and I uttered my first words.

He stood behind me, I felt every bit of his stare and it went through me like a fire. I hadn’t felt a fire like this in just about a year and it caused my mouth to dry and I was now very grateful for that drink. I lowered my shoulders as to give a sign that I was open to maybe him to stand a bit closer to me and he did, very close to me. His body hung heavy against me and I felt it, I felt all of him touching me. The heat from this breath tickled the back of my neck and sent a chill down my spine.

These movements were skilled and chess like and it was my move. As I turned around his eyes were deep into mine. I had to choose my next move correctly and perfectly. Picking up my drink and savoring the flavor that great bourbon gives. I took in a small piece of ice and let the coldness linger in my mouth a bit, pushed myself off the rail and now was almost nose to nose with him. I knew my movements and actions would have to count and I knew he was stronger than me just by looking at him. Playing with the ice on my lips he watched my every move. Leaning closer the heat was heavy and my lips were very close to his, it was now. The force of his whole body started to pressed against mine and try to push me back against the rail. The kiss had started to turn animal, I was turning animal and he was animal. His hands traveled down my arms and landed on my wrists-holding me. Just as the kiss was about to turn into flames I pulled away, a low growl left his mouth. We were back to staring at each other, the exchanges were non verbal and I enjoyed it that way. Words sometimes seemed to get in the way.

He moved away and sat down right in front me swirling his drink and I would guess to say planning his next move. I drank my drink and propped myself up onto the rail with my legs open just a bit, an small invitation. The stand off had started. He stood up and just as I sat down my now empty glass. He stood in between my legs his cock rested hard against me. My jeans felt tighter by the way I was sitting and his body pressed into mine. Wrapped my legs around his waist and pulled him harder into me, locking them together to keep him there and just as I was going to take my kiss I was lifted off the rail and found myself being sat down onto a table, his weight pushing me down and my weight trying to keep me up. With my legs locked around him he couldn’t move me much that way.

“Fine, you can stay this way”

He leaned down and was going to kiss me and I turned my head, his hand quickly held my face in place and his tongue deep within my mouth. I unlocked my legs and tried leverage myself with a chair that was close by but, he kicked it down. I heard the buckle of his belt as he undid it with one hand, his other still holding my jaw as he kissed me. I couldn’t move and the more I tried to move the more he weighed me down. He moved his mouth from mine and I felt his lips on my ear.

“Now, you know we’ll really get along when I’m inside of you”

His jeans slid down and he freed his cock, pressed harder against me again and his hand lowered from my jaw to my throat and I was stuck in place but, my mind was forming my own plan of recourse. Fingers started to travel over my chest and my tank top began to lower, teeth started to graze my breast. I did my best to control my breathing and face not to let on any release of my own control but, my mind had began to spiral. Fingers down to my own belt, button and zipper.

A small laugh left his mouth as I tried to my hips from his touch. His eyes never left mine and my moving only kept him in place harder. He had to know I make my play the moment he let go to pull my jeans down but, he wiggled them down with just one hand, I was impressed but, kept that to myself.

“Kick your boots off”

I didn’t and soon I felt his hand on my cunt, slowly, ever so fucking slowly teasing me. I was reeling and my body was starting to betray me. That smirk he had was now a full smile as I would guess he felt as he had his victory, which was partly right since I had used my foot to kick off my boot. In a moment that was so fast my jeans where off and my legs braided around his waist. His cock replaced his hand and continued to tease me on a level that I had never felt before and was unsure of how much I could even control myself. The tip of his cock played with me until I let out a small sigh. Just as he thrusted all the way inside his hand covered my mouth, I grabbed and did my best to move it, I did my best to move myself but, his rhythm was causing my body to arch to receive more this pleasure. Is it possible that I had met my match?

His hands, big hands, rough hands moved up under my tank top and under my bra. I felt them being to squeeze my breasts and pinch my nipples. He changed his rhythm to a slow and steady pace and that spiral started to happen again, that speed drives me crazy when I crave it much harder. Now it was my play. With his thrust in I squeezed my thighs as I hard I could and kept him deep inside. Bending down his mouth on my neck, two handfuls of my own hair and my thighs burned holding him there. The table was staring to make noises like it might break and I was making noises as he was starting to break me. His hand releasing my hair and forced them around me, lifted off the table, the coolness of the patio door against my back as he had pinned against it. I felt his fingers deep into the flesh of my hips and ass holding me in place and now we were fucking. There was no hiding it. Hard, I could feel each sting of my pelvis as he fucked and each wave of that sting caused my nails to dig deeper into his back. There was no denying it now, I couldn’t if I tried and my own moans carried through the patio. I was starving to be on top, I wanted to take all that he had. Wondered if I have said that out loud because soon I found myself on top as he had carried us to a chair.

My head tilted all the way by my hair, his hand, his big hand, rough hand around my neck again and I rode his cock now at my pace. His low growl was getting me drink and I fucked more to hear it. The first, maybe second, honestly I didn’t know waves of climax hit me hard. His hands held my hips and rocked my back and forth as we came.

There was no mistaking that fact that I couldn’t move, my legs were shaking so bad. He stood my up and helped me get dressed, finger prints covered my legs, hips and who knew where else. I’d guess his back was clawed up, I heard his buckle as he did his belt, it took all of me to sit down to put my boot back on. I was so thirsty and still very hungry.

“Come on, let’s get out of here and see what else we can do” -He said, his hand, big hand, rough hand held out.

Out in the Open