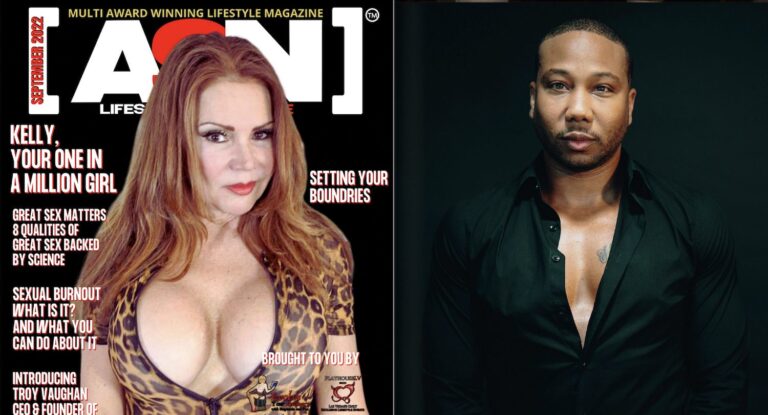 (Los Angeles, CA) Looking to be legendary in adult and resembling award-winning singer John Legend, John Legendary has dropped a new series that he self-produces and stars in and has an exclusive interview in the September issue of ASN Magazine.

“My new series is definitely taking it up many notches, and it’s all about hot three-ways. The fans have been asking about something like this, and I was more than happy to indulge them. I’ve worked with Kayley before, but it’s my first time with Skye. Working with both of them at the same time was phenomenal, and I’m sure my series will be even more popular,” says John Legendary.

Another place you’ll find the rising star and filmmaker is in the September issue of ASN Lifestyle Magazine. “John Legendary…A Man Who Lives up to His Name” starts on Page 109 asn.asnlifestylemagazine.com/asnlm/202209/index.html#p=109, and the exclusive interview covers a lot of ground with John talking about the swinger/hotwife lifestyle, making the leap to adult, his to-do list of women he wants to work with, working with Pure Taboo in some plum acting roles, his Date Night series, scoring his first industry nomination from the Urban X Awards, role models in the industry, appearing at EXXXOTICA, plans for 2022 and beyond, and more. The seven-page feature also has GQ-esque photos of John and snaps with his co-stars from his Date Night series. See the whole magazine from cover to cover at asn.asnlifestylemagazine.com/asnlm/202209/#p=1.

To interview John Legendary for your site, publication, or show, contact Erika Icon of The Rub PR at [email protected].