Match #2 of Evolved Fights Lez Fall Brawl Is on NOW! 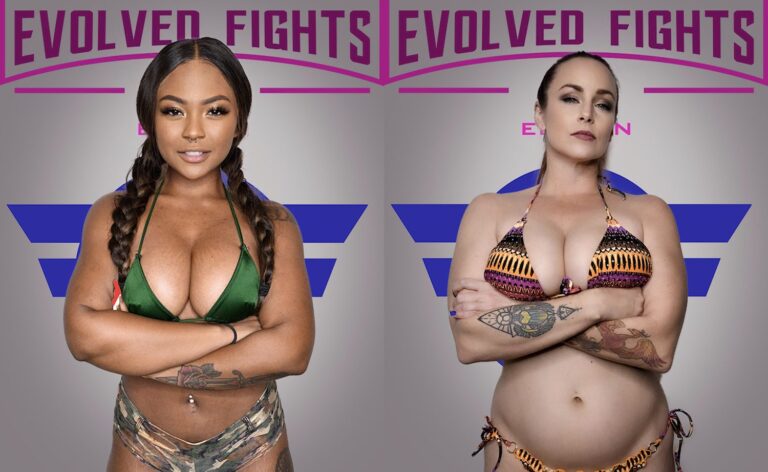 Yesterday, Match #2 of Evolved Fights Lez’s Annual Fall Brawl was unleashed and is now available. It’s scrappy but deadly rookie Avery Jane (G.I. Jane) vs. veteran fighter Bella Rossi (Gorilla Screw), who made it to the Semi-Finals in 2021 and has 13 wins under her belt. Although Bella is much larger in stature, Avery’s a sex fight champion using seduction and distraction tactics on her opponents and constantly evolving her skills. Bella has taken on many rookies and triumphed, but Avery could win and solidify herself as a real competitor. Anything is possible with these two ladies in the ring. Who will come out on top and advance to the Semi-Finals #1? You’ll have to watch and see at evolvedfightslez.com.

“Wow, Match #1 was spectacular! And Match #2 with Bella and Avery was definitely a nail-biter with it being up in the air the entire match of who would win and advance to the Semi-Finals. We have some incredible gladiators in this year’s Fall Brawl, which could be the best Pussy Hunting Season in history. So get into the game, watch each match, and make sure you’re caught up before Match #3 happens,” says Ariel X.

The tournament ends on December 7th. The matches are updated biweekly, and alternate weeks will feature an Orgasm Challenge update.

To interview Ariel X or any of the wrestlers appearing on her sites for your site, publication, or show, contact Erika Icon of The Rub PR at erika@therubpr.com.