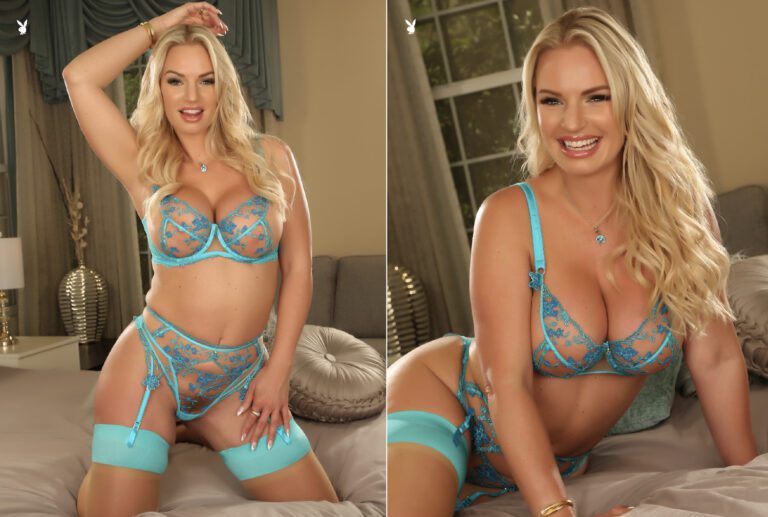 Share
Facebook Twitter LinkedIn Pinterest Email
(Hollywood, CA) Statuesque blonde bombshell and All-American MILF adult star and mainstream fashion model Rachael Cavalli is delighting men the world over with her FHM Australia cover and feature and Playboy Australia multi-page feature.
If you’re a fan of Rachael Cavalli, the June 2022 issue of FHM Australia is a must-have for your collection. She’s on the cover wearing an orange cleavagey dress she’s pulled up to reveal her light orange lace panties with the tagline “The Girl Next Door.” Her feature starts on Page 41 and runs through Page 49. Shot by Miles Long, the eight-page piece features a photo set of her enjoying a nice picnic in the California sun with champagne and strawberries and features pics that will make you sweat. Rachael also does a brief interview that starts with FHM calling her a “certified bombshell.” They ask her about how she stays on top of her game, what she does to chill, her favorite place to be in the world, dealbreakers with men, and more. Rachael is also prominently featured on their social media and website fhmaustralia.com. Buy the June issue featuring Rachael as the cover star or subscribe at https://bit.ly/3x1LGNa.
Rachael is also featured in Playboy Australia for the second time in less than a year. In July of 2021, she was crowned a Playmate and had a multi-page spread. In the June 2022 issue of Playboy Australia, she’s featured again on Page 84 through Page 91. The eight-page feature has her wearing a stunning turquoise lingerie set complete with garters and heels. The feature is also shot by Miles Long and is more risqué than her FHM layout and includes topless and bare backside pics. Playboy also asks her some sexy questions about how she makes time for herself despite her busy schedule, three things she can’t go a day without, being an influencer, turnoffs in men, and more. Check out the Playboy Australia website for more sneak peeks of the current issue at playboymagaustralia.com. Get the June issue or subscribe at https://bit.ly/39adOp8.
“I’m so happy to have made the cover of FHM Australia and featured again in Playboy Australia. I have many fans in that corner of the world, but really anyone can get the issues online and enjoy them. So if you enjoy the cover and feature, make sure to let FHM Australia and Playboy Australia know by commenting on their IG accounts,” says Rachael Cavalli.
Rachael Cavalli is available exclusively through OC Modeling. Get her on your set by contacting Sandra at 818.298.6939 or [email protected], Anthony at 818.428.0978 or [email protected], or Eric at 818.854.5175 or [email protected]. View her stunning agency photos at ocmodeling.com/model/rachael-cavalli.
To interview Rachael for your site, publication, or show, contact Erika Icon of The Rub PR at [email protected].
ABOUT RACHAEL CAVALLI 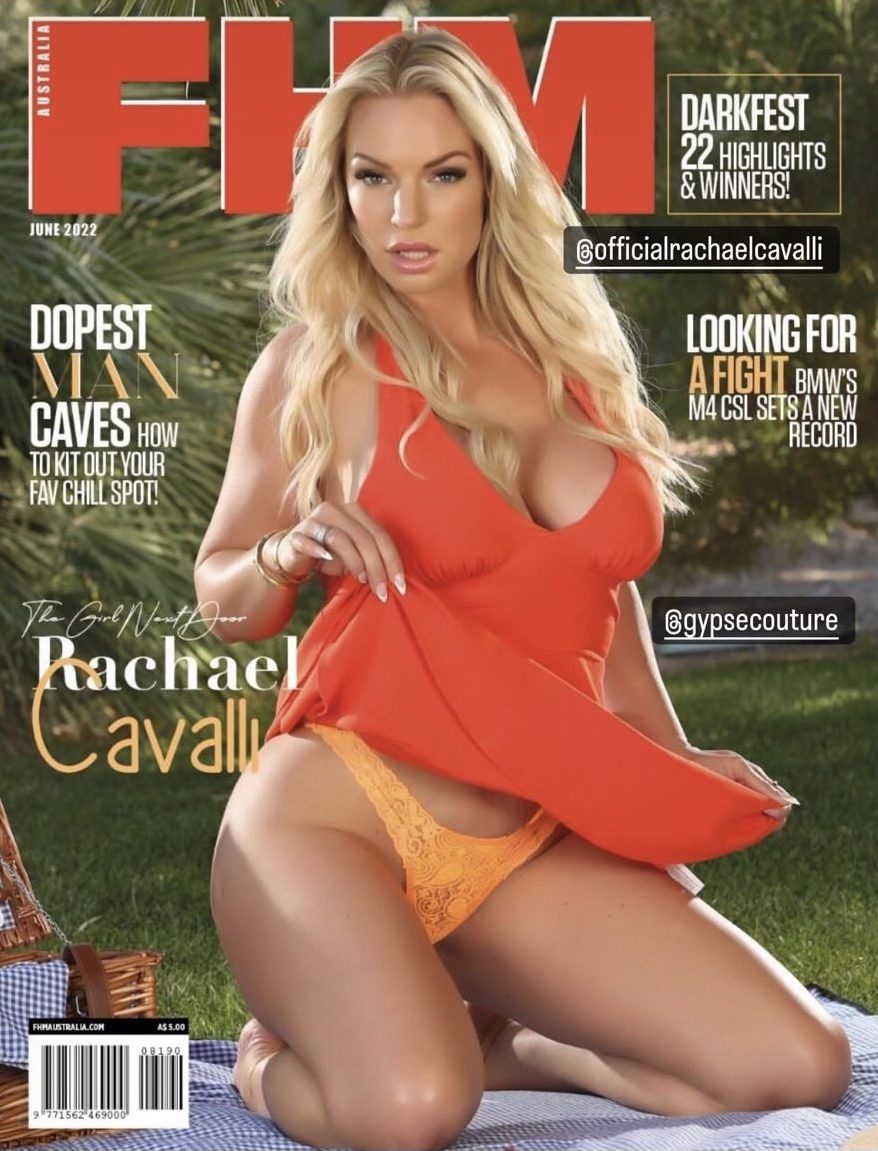