Ripple is fed up with the SEC’s constant request to redact certain portions of its response with respect to amici’s request to participate in the upcoming expert challenge. 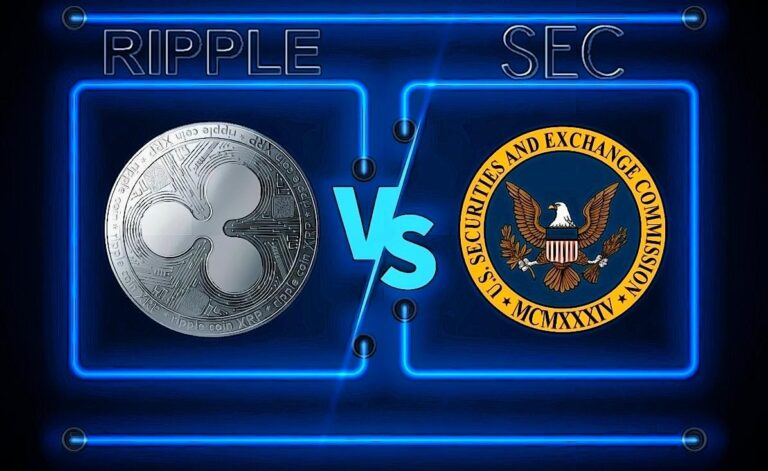 Ripple and two of its executives, Brad Garlinghouse and Chris Larsen, have slammed the Securities and Exchange Commission’s continuous efforts to redact some portion of its recently-filed response regarding amici’s participation in the upcoming Daubert challenge involving one of SEC’s experts. 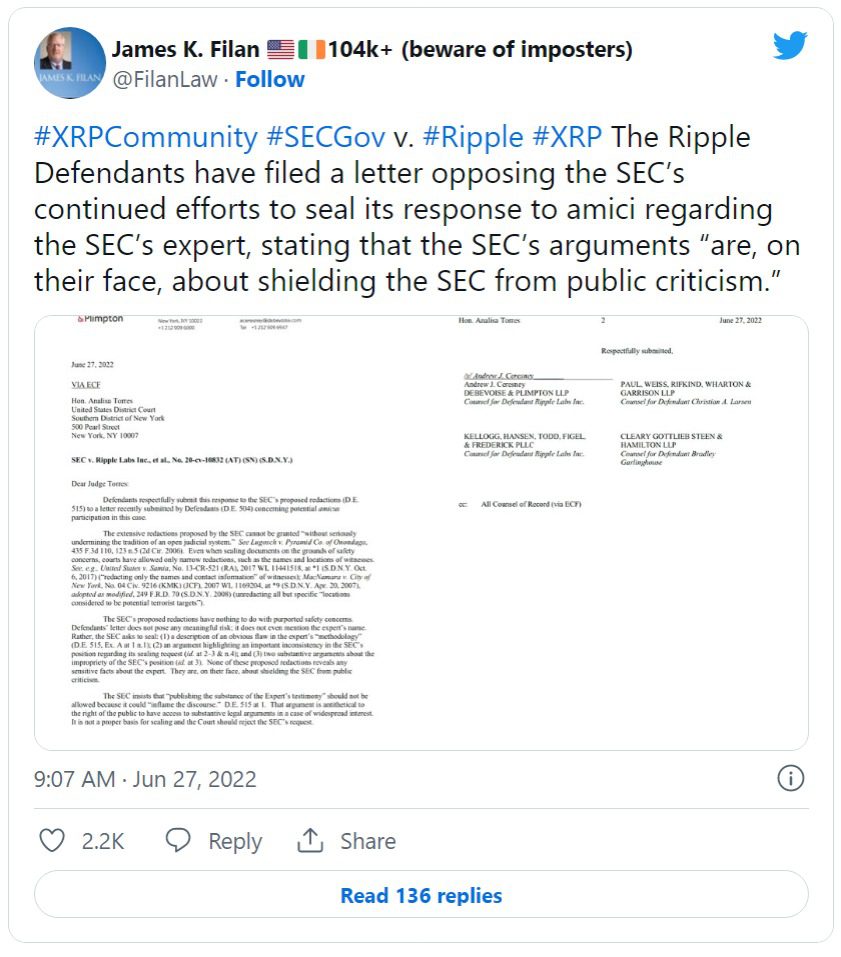 The defendants noted that it is not possible to grant the SEC’s redaction request without undermining the open judicial system.

Ripple asserted that even when parties in the lawsuit request to seal documents for safety reasons, the court usually permits narrowed redactions where only the witness’s personal information, including names and residential addresses, can be redacted.

“The SEC’s proposed redactions have nothing to do with purported safety concerns. Defendants’ letter does not pose any meaningful risks; it does not even mention the expert’s name,” an excerpt of the Ripple’s letter reads.

Despite the fact that Ripple tried not to disclose any of the expert’s personal information, the SEC is still proposing redactions to the blockchain company’s letter on three bases.

Lastly, the Securities and Exchange Commission proposed redactions to Ripple’s argument highlighting the agency’s inconsistency regarding its sealing request.

“None of these proposed redactions revealed any sensitive facts about the experts. They are, on their face, about shielding the SEC from public criticisms,” Ripple added.

The recent development is in respect to amici’s request to file a motion on behalf of over 68,000 XRP investors in response to one of SEC’s expert testimony. Despite the fact that attorney John Deaton was previously granted Amici status in the SEC v. Ripple lawsuit, the plaintiff has blatantly refused to allow attorney Deaton to participate in the expert challenge.

The SEC also requested that the court entirely seal its objection to amici’s request to participate in the lawsuit, adding that making the opposition letter public will only expose the expert to harassment and threats.

While the agency wants its opposition letter to be sealed, Ripple and Individual Defendants have requested that the court publicize its response to the SEC on the subject matter.

As expected, the SEC still called on the court to redact some portions of Ripple’s response, claiming those portions are capable of jeopardizing the experts’ safety.

is a cryptocurrency reporter and trader with vast experience in the industry. Mubin has written several news stories related to the crypto industry, including non-fungible tokens (NFTs), decentralized finance (DeFi), fundraising, mining, etc. Her major focus is covering regulatory events that are capable of shaping the entire crypto ecosystem.