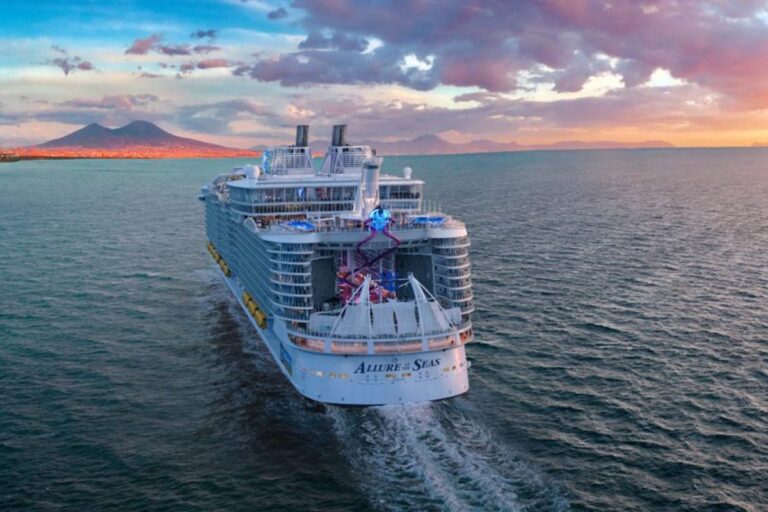 Thursday morning Royal Caribbean’s Harmony of the Seas collided with a dock at the port of Falmouth, Jamaica.

No injuries were sustained to either crew or passengers. The collision is said to have caused mostly cosmetic damage to the vessel, including dents and paint scrapes.

The damage was caused when Harmony of the Seas struck a concrete mooring pylon while docking at the port. The incident occurred around 7 a.m. local time, Thursday morning.

There were no injuries to guests or crew and only minor cosmetic damage to the ship’s stern. The sailing will continue as scheduled, stated Royal Caribbean about the incident.According to the Tourism Minister Edmund Bartlett, the collision by Royal Caribbean’s Harmony of the Seas, at the Falmouth port was caused by Pilot error.

The Jamaica Gleaner quoted Bartlett saying, the good news is that nobody got hurt and the damage was minimal to the vessel and it was able to continue its journey unfazed and really unaffected.

Bartlett is also said to have stated that the collision with the dock occurred when the Pilot was badly directed while steering the ship in to be docked in Falmouth.

The port did sustain some damage from the incident. The Tourism Minister stated, that they are repairing the damaged areas at the port now.

The divers are there now recovering the broken elements and we should be back in full order for the ships that come next week.

Who is the harbor pilot?

A harbor pilot is someone who guides ships and vessels through congested waters of a port or harbor.

Harbor pilots have detailed knowledge and experience in the waterways that they help direct vessels through. At almost every port, a harbor pilot will be brought aboard a cruise ship to help direct the large ship into place at the dock.

Harbor Pilots are considered to be experts on the particular port that they manage.

Harbor Pilots work for the port that they help direct ships into, while a ship’s Captain works for the cruise line.

While Jamaican regulations may differ, the Florida Harbor Pilots Association says when a pilot is onboard a ship, it’s their responsibility to guide the ship when docking or departing.

Harbor pilots are responsible for the safety of the vessel which they are navigating, and also with the protection of the state waters, harbors, ports, environment, life and property, including effects that ships transiting a harbor may have on other ships moored at the docks and any impact on port facilities.

No significant damage to Harmony of the Seas

Royal Caribbean described the damage as, “cosmetic”, and not to expect any impact to sailings.

This is somewhat similar to when another vessel drifted into Mariner of the Seas while docked in Freeport.