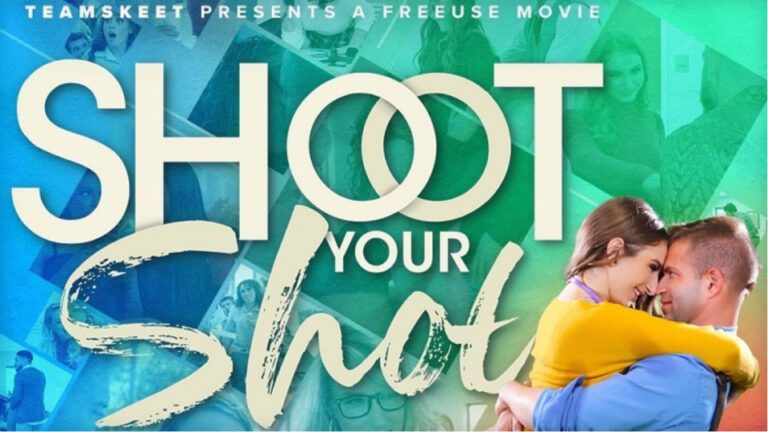 “Our mission with this captivating film is to discover what excites the world and deliver it to our members seamlessly, but we are storytellers at heart and want our stories to reach as many people as possible,” says a TeamSkeet company representative. “We hope everyone enjoys Shoot your Shot and get enticed to watch the full explicit version at TeamSkeet.com.”

Shoot Your Shot stars Nicky Rebel as an office worker who dreams of becoming a successful writer. He has his sights set on his lovely co-worker Penelope, but fails at shooting his shot when his insufferable rival (Peter Green) gets in the way. Penelope realizes that she chose the wrong man and goes after Nicky, but she fails to shoot her shot as well. Despite a string of hits and misses between the two, true love prevails and maybe this time they can finally shoot their shot – together.

set in a freeuse world where people get to use each other freely in any manner of sexually  with implicit consent.
Shoot Your Shot – A Freeuse Movie  was directed by Vicky Vortex and written by Young Gerry, Pepper B, Acapulco Dan and Vincent Verga, who also Executive Produced the film. View the official trailer here.
To find out more, visit ShootYourShotMovie.com, TeamSkeet.com and follow on Twitter @teamskeet and Instagram @teamskeetsociety